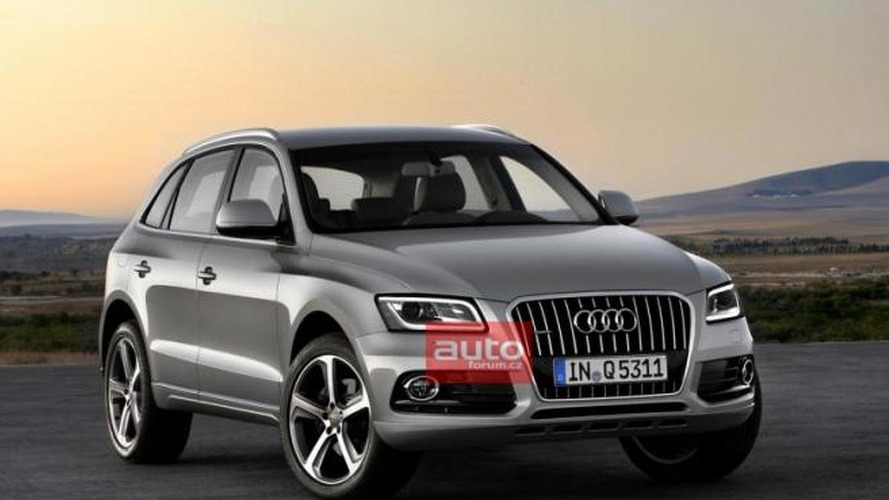 The visual updates include a redesigned bumper, a revised grille and restyled headlights while the rear looks virtually identical.

The first pictures of the new facelifted Audi Q5 have hit the web a little earlier than the German auto maker would have liked.

Changes are only minor in comparison to the original model that has been on the market since 2008. The visual updates include a redesigned bumper, a revised grille and restyled headlights while the rear looks virtually identical.

Audi has put a little extra effort into the updates under the model's posterior. According to reports the 3.2-liter V6 FSI has been replaced with a more efficient supercharged 3.0-liter V6 from the Audi S4, albeit de-tuned to around 272PS (200kW/268hp). Those looking for the full 329PS (245kW/329hp) will have to wait until the end of the year when the SQ5 is unleashed.

The timing of this leak suggests the 2013 Audi Q5 facelift will be officially unveiled in Beijing on Monday, but the German manufacturer has already announced three world debuts for the event, none of which included the Q5.

I guess we'll find out the full story in a few days time.