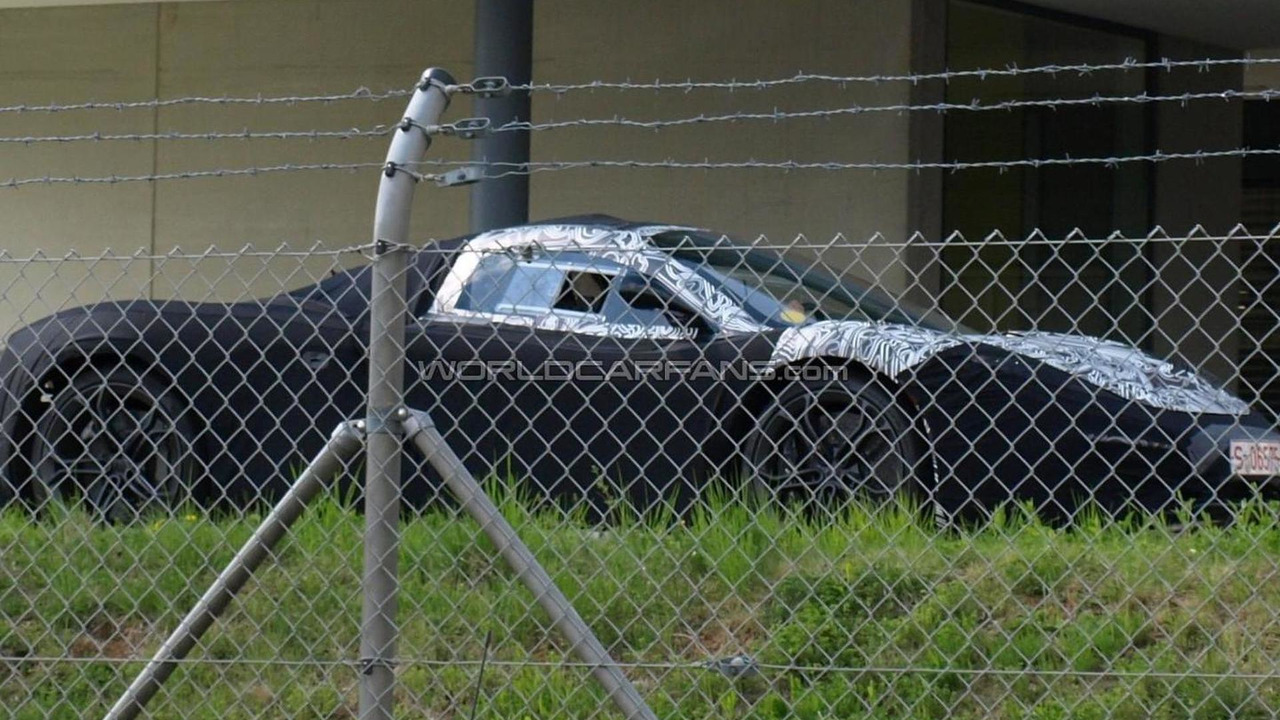 The production model will be shown privately later this year before a world public debut at the Geneva Motor Show next year.

Our spies have managed to grab a few shots of a McLaren prototype while it took a short testing drive out in the open. The body is being kept under cover by a thick layer of camouflage so there is clearly something the engineers don't want us to see. However one element that can't be hidden or ignored is the massive exhaust that is centrally located on the rear end.

The model is currently only known by its P12 codename. We can be pretty sure it won't take on the F1 label as its predecessor.

Under the shell is an updated version of the MP4-12C's carbon-fiber chassis made from a combination of carbon fiber, titanium, and magnesium that will keep weight down to a minimum. Power is expected to be generated from a significantly updated version of McLaren's 3.8-liter V-8 and will be be backed up with the Formula 1 derived kinetic energy recovery system (KERS).

Total output is still open to speculation but we should expect somewhere in the region of 900hp (671kW/913PS) if it is to challenge the performance of rivals such as the Bugatti Veyron.

Some are reporting that McLaren are still a couple of years away from showing the P12 to the world. But WCF sources have informed us that the model will in fact be shown privately later this year before a world public debut at the Geneva Motor Show next year. Incredibly, that is the same show that the long anticipated Ferrari Enzo successor is rumored to be unveiled at, giving auto fans all over the world an amazing battle for supremacy.