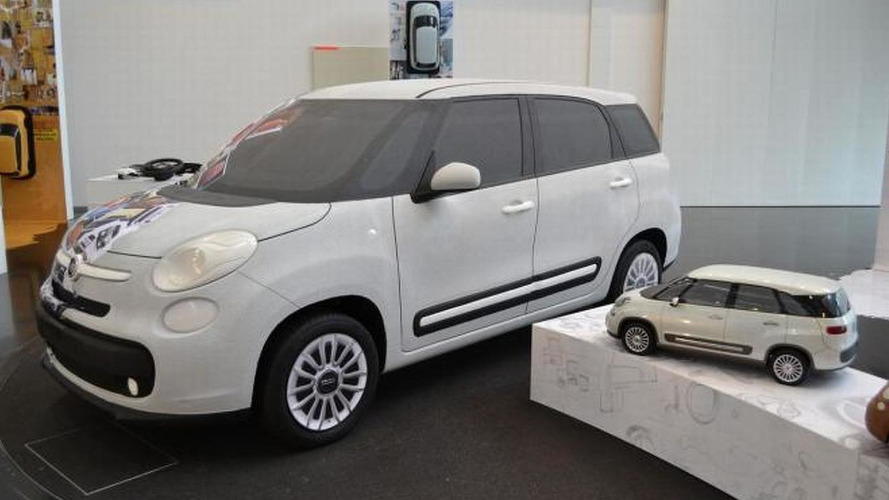 The goodfellas at Autoblog.it recently visited the Italian auto maker's design studio and amongst the many pictures they took is a shot of this crossover-like 500 scale-model.

At the Geneva Motor Show earlier this year, Fiat displayed the new five-door 500L for the first time. The model had space for 5 adults on the two rows of seating but further down the line we expect to see a three-row seven-seater version as well.

Now, it appears we may well have caught a shot of the upcoming variant in scale model form with this photo which was posted by Autoblog.it.

The smaller model that you see in the picture above clearly boasts a longer overhang past the rear wheels resulting in a larger overall length of the vehicle. It appears to have enough space for the extra seating, but there are also other less inspiring possibilities.

The photo was taken from the Fiat Design Center and it could just be an early scale model of the recently revealed 500L that Fiat designers were considering during the development stage.

When the truth behind the scale model is revealed, you'll be sure to hear about it here on WCF.