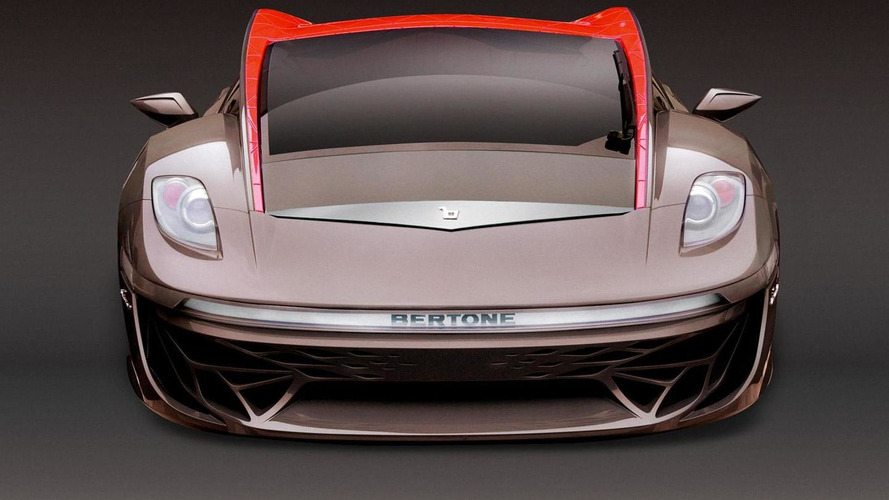 Stile Bertone will unveil later this month at Auto China in Beijing a one-off working prototype of the Nuccio Concept.

Stile Bertone will unveil later this month at Auto China in Beijing a one-off working prototype of the Nuccio Concept.

Unlike the full-size resin and plaster model first unveiled at the Geneva Motor Show in March, the Beijing prototype will be fully functional and contain design changes to the exterior as well as a 4.3-liter V8 engine producing 480 HP (353 kW / 473 bhp) with an automatic transmission.

As seen in the released image above, conventional headlight units are now integrated into the front end and the long tapered windshield appears to have been shortened. The Bertone LED light bar in the front bumper no longer wraps around to the fenders and the side mirrors have been given more girth to provide adequate rear viewing. Despite the changes, the distinctive roof and front bumper latice work remains.

The Nuccio concept was designed by Bertone Design Director, Michael Robinson, for the company's Centenary celebration. It is named after its never-to-be-forgotten master of Italian styling, Nuccio Bertone. The concept car is described as an "extreme" sports car that takes the next evolutionary step on the iconic wedge shaped mid-rear engined, rear-wheel drive, berlinetta design from the 1970s.

The working one-of-a-kind prototype will be sold on the collectors' market. No price or specifications have been released yet.