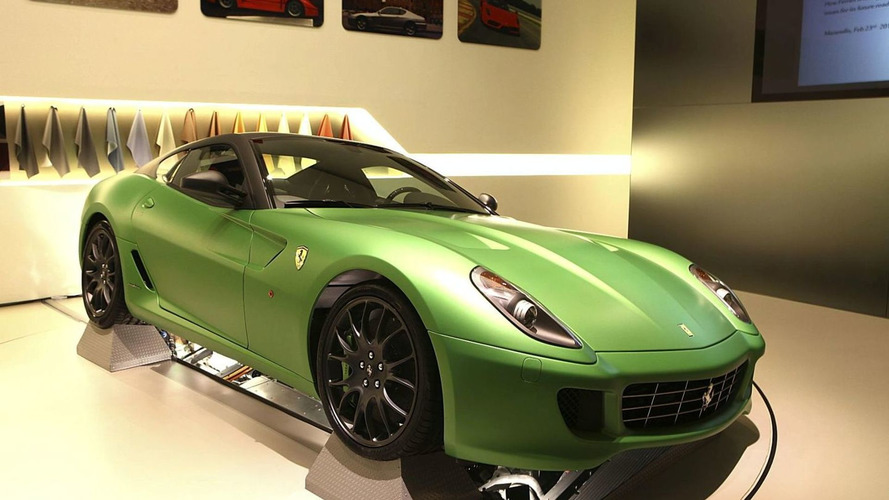 Ferrari has reportedly developed a new hybrid system which doesn't use a kinetic energy recovery system.

Details are limited, but Car & Driver claims to have obtained patents that reveal a far more conventional hybrid system than used on the HY-KERS concept. According to the magazine, the system uses a battery and a supercapacitor to store energy. They reportedly provided electricity to two electric motors. One of the motors powers the vehicle, while the other feeds ancillary systems likes the air conditioner and power steering system. Thanks to the latter electric motor, the petrol engine should be more efficient since it doesn't have to share torque with the auxiliary systems during acceleration.

Interestingly, the patents are rumored to show the primary electric motor in two locations: the engine's V valley and rear transaxle. The latter location makes more sense, but Ferrari could be experimenting with using the electric motor in different locations for various applications.

Regardless, the system was described as being used on a front-mounted, 90-degree engine. This means it was designed for the California, but Ferrari CEO Amedeo Felisa has previously hinted the technology could be equipped to all of their future products.