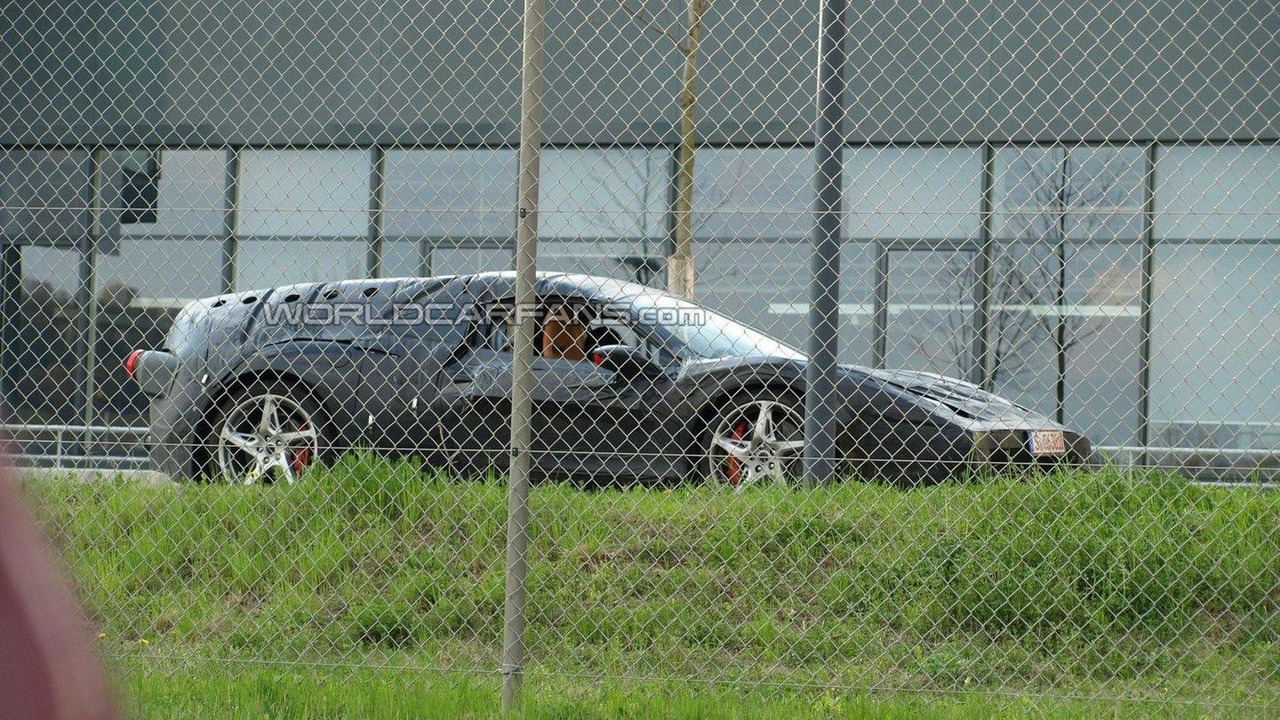 Ferrari have kept their cards close to their chest regarding official confirmation of a successor to the legendary Ferrari Enzo. Rumors have been flying around the webosphere for years and today is no exception.

Ferrari have kept their cards close to their chest regarding the successor to the legendary Ferrari Enzo. Rumors have been flying around the webosphere for years, however, today we finally have first spy photos of a prototype test mule taken in Germany close to a high speed secret track.

Key highlights are the flat front nose and rising rear wings which resemble the 458's, however, the vehicle is much wider. Just like a true test mule, the prototype is sporting makeshift light assemblies and perhaps many other components donated by other Ferrari models. However, we don't recall seeing these wheels before. At first glance they look like FF wheels, but they are twisted 5-spokes showing an off-center split. In contrast to the original Enzo, one component not in sight, but covered by the heavy camouflage, is a rear wing.

According to a recent report by Motor Trend, the Italian supercar will use the same 6.2-liter (6262cc) V12 engine that powers the recently revealed F12 Berlinetta. However, power is set to be boosted from the base figure of 740 PS (544 kW / 730 bhp) up to a cool 800 PS (588 kW/789 hp). An additional 120 PS will also be available from the Kinetic Energy Recovery System (KERS) that has been derived from their Formula 1 race car.

The Kerb weight will be similar to the track-only Ferrari FXX with a figure of around 2550 pounds (1157kg). It will be achieved with the lightweight carbon fiber body while the chassis will be dominated by aluminum.

Codenamed the F70, the new super car has specs that should easily allow it to surpass the performance of its predecessor and engineers are reportedly aiming to exceed the all conquering Bugatti Veyron. This means we could expect to see a 0-100kph (0-62mph) time of less than 2.5 seconds and perhaps a top speed in excess of 408 kph (254mph).

Rumors suggest the F70 will be shown to select Ferrari clients later this year before a full public debut is conducted in Geneva in March 2013.