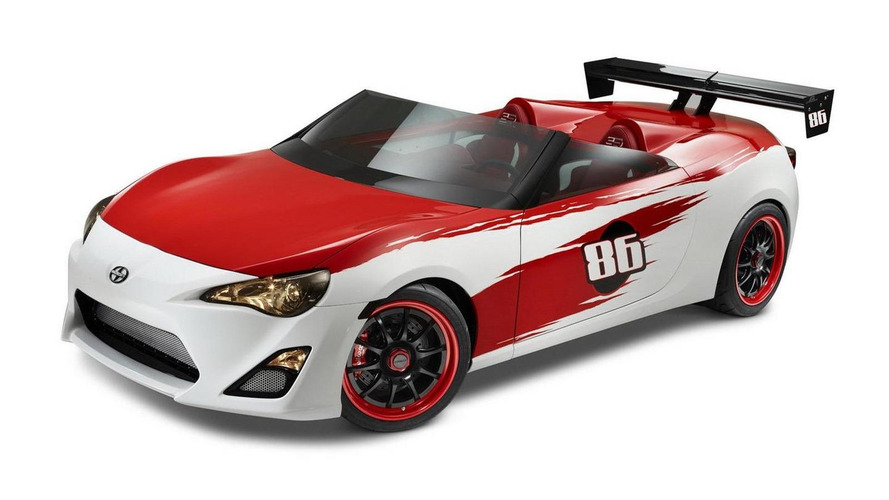 We first caught wind of a special Scion FR-S Speester when details surfaced online earlier this week. It was revealed to be a tuner car that was specially created by Cartel Customs and now we can announce that there is more involved than originally thought. Toyota Motorsports are actually involved in the project and they have announced it will be showcased at the Toyota Grand Prix of Long Beach today.

"The Scion FR-S Speedster is a true sports car that embodies the spirit of the Toyota Grand Prix of Long Beach and our commitment to motorsports," said Toyota National Motorsports Manager Les Unger. "We think enthusiasts are really going to enjoy seeing this vehicle during the race weekend festivities."

Full details of the project can be read from the press release below.