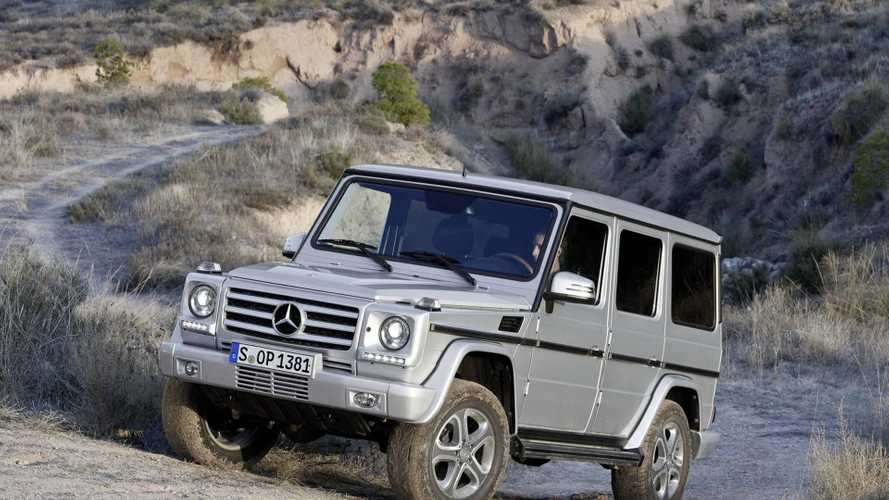 Once it again the boxy SUV has retained the legendary design language that has kept it going for the past 30 years and it now sees its line-up extended with a new AMG variant.

The Mercedes G-Class has received its latest in a long line of facelifts and here are the first official images. Once again the boxy SUV has retained the legendary design language that has kept it going for the past 30 years and it now sees its line-up extended with a new AMG variant.

Hardly considered a facelift, exterior modifications include LED daytime running lamps and new side mirrors. The AMG versions also feature a new AMG grille with double louvres, plus new bumpers with large air intakes. Red brake callipers and 20-inch wheels, available here for the first time, round out the exterior.

Inside changes are a bit more comprehensive as the instrument panel and center console have been completely redesigned. It includes new controls and trim pieces in addition to a TFT color display in the instrument cluster. There's also a large color screen at the top of the center console that is part of the COMAND Online system and incorporates a DVD changer and the COMAND Controller, which are standard on all G-Class models.

The G500 variant will be available in either long-wheelbase station wagon or short-wheelbase Cabriolet form and is powered by the existing 5.5-litre V8 petrol engine. The line up is completed with a frugal G 350 BlueTEC that uses 3.0-liter diesel engine and is the cheapest model in the lineup with a starting price of €85,311.

The minimal exterior updates include new LED daytime running lights and a set of new exterior mirrors. The interior meanwhile has received a redesigned instrument cluster and center console.

The new 2013 Mercedes G-Class will be launched in June.