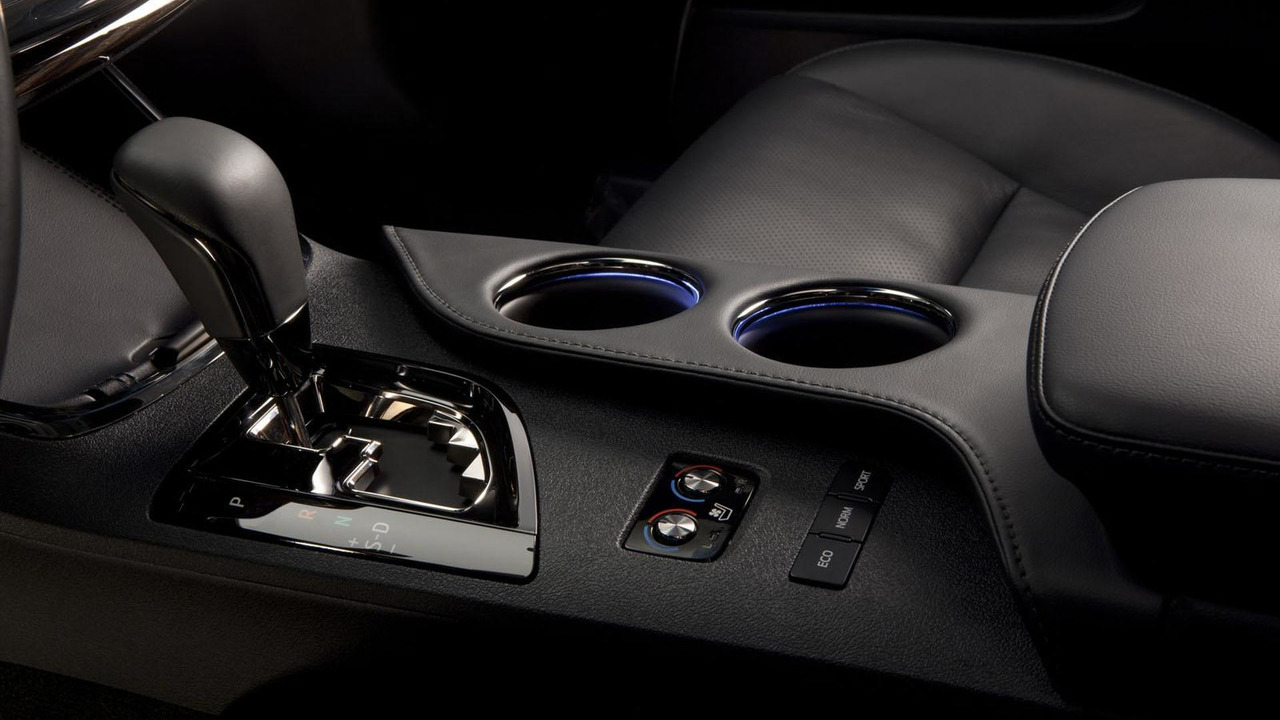 Slightly smaller than its predecessor, the 2013 Avalon will attempt to eschew its boring image.

Toyota has unveiled the 2013 Avalon at the New York Auto Show.

Set to go on sale later this year, the redesigned model is slightly smaller than its predecessor and features sporty styling with distinctive HID headlights. There's also a massive air intake, a wider griller and 17- or 18-inch alloy wheels. Out back, the model has an integrated trunk spoiler, a dual exhaust system and LED taillights.

The cabin is nicely equipped with leather seats, wood trim and metallic accents. Options include ambient lighting, a JBL audio system and an Entune infotainment system.

While the company declined to release engine specifications, they said the Avalon has increased torsional rigidity thanks to "strategically placed welds, improved body bracing, and high-strength steel."  The model also has an electronic power steering system as well as a MacPherson strut suspension with stiffer springs and larger anti-roll bars.