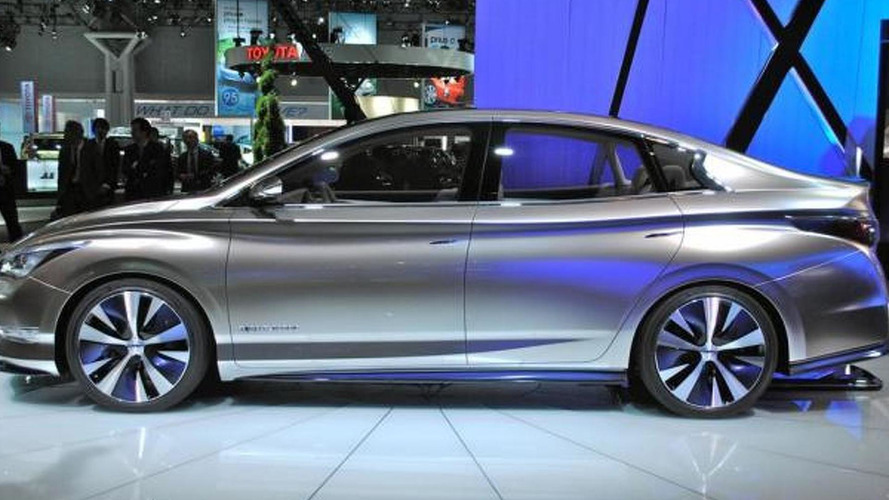 Later today, Infiniti are planning on unveiling the LE all-electric concept however the first press pictures have already arrived online. Additionally, Infiniti gave journalists a sneak peak of the model when they uncovered it for just a few seconds and it was caught by eGMCarTech photographers who were at the right place at the right time.

The Infiniti LE Concept previews a premium level re-badged version of their Nissan Leaf EV. No official details are known at this time but we can expect to see a similar powertrain to its sibling. The electric motor in the Leaf generates 108hp (80kW / 109PS) and 280Nm (210ft·lb) of torque which may be considered a little low for a premium vehicle.

Further live shots are available from the source link below.