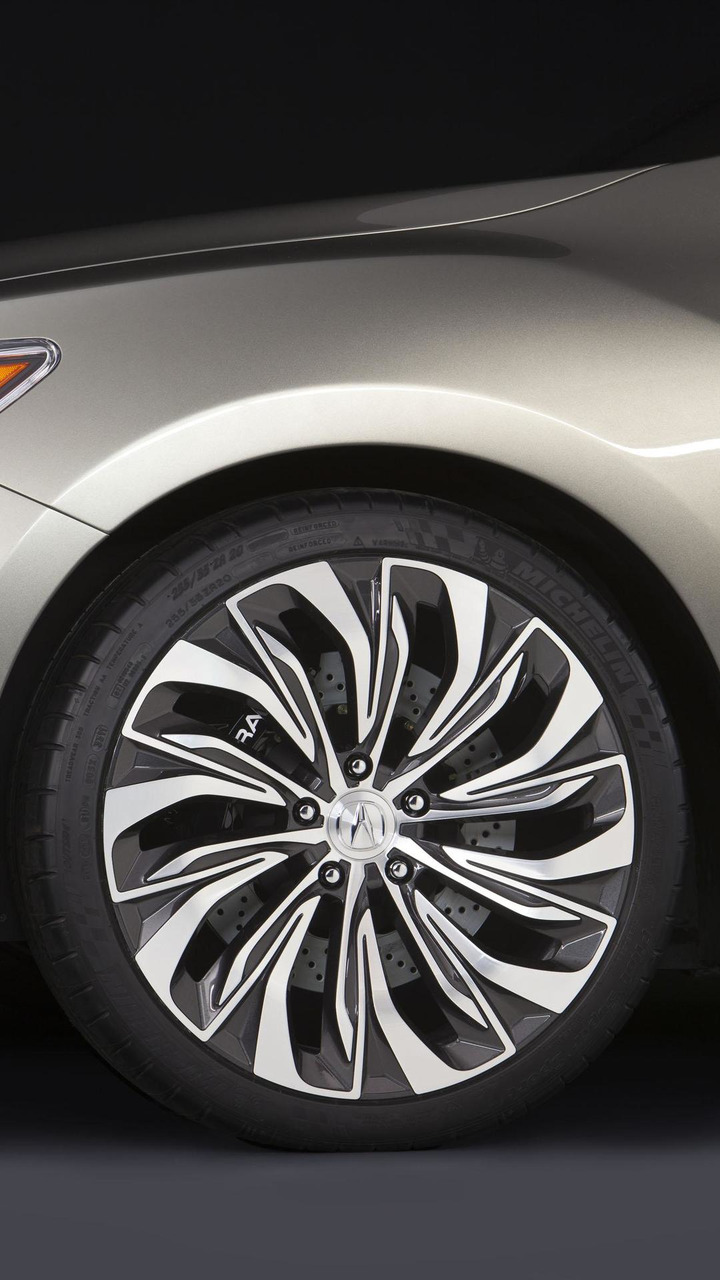 Designed to preview the production model that will be launched early next year, the RLX concept has an angular grille, LED headlights and 20-inch alloy wheels.

The New York Auto Show continues as Acura has taken the wraps off the RLX concept.

Designed to preview the production model that will be launched early next year, the concept has an angular grille, LED headlights and 20-inch alloy wheels. Overall, the sedan is about the same size as the RL but has a two-inch longer wheelbase and a two-inch shorter front overhang.

The cabin is slated to feature "state-of-the-art communications, navigation and infotainment technologies." Notable highlights include dual LCD screens (an 8-inch display and a 7-inch touch screen), a next-generation AcuraLink communications system and a premium audio system with Bluetooth/USB connectivity.

If that sounds like overkill, an entry-level model will also be available with front-wheel-drive and a 310 hp (231 kW / 314 PS) engine. While it lacks the sure-footedness of all-wheel drive, the car will be equipped with a Precision All-Wheel Steer system which "provides for independent control of the steering (toe) angle of the right and left rear wheels by utilizing electrically controlled actuators."