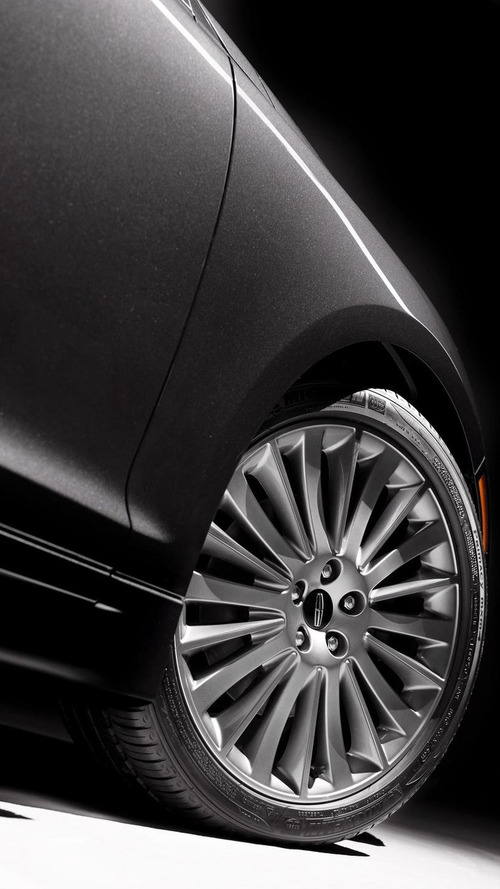 The evolution from concept to production reveals only minimal changes to the overall design and features a large retractable panoramic glass roof.

Right on schedule, Lincoln has revealed the first official images and details for the new 2013 MKZ. It follows the pre-production concept that was showcased earlier this year in Detroit and is set to arrive in dealerships later this year.

The evolution from concept to production reveals only minimal changes to the overall design and features a large retractable panoramic glass roof. The smooth and stylish interior has a full LCD instrumentation panel boasting Ford's Sync infotainment system with MyLincoln Touch.

There will be three powertrains options for consumers to choose from. These include an entry level 2.0-liter EcoBoost four-cylinder that generates 240hp (179kW / 243PS) and 366Nm (270lb-ft) of torque as well as a range topping 3.7-liter V6 unit pumping 300hp (224kW/304PS) to the wheels. Both of which will be mated with a six-speed automatic transmission with paddle shifters and a Push Button Shift gear selector. Either all-wheel-drive (AWD) or front-wheel-drive (FWD) configurations are available for both.

Those looking for a more frugal option may prefer the MKZ Hybrid which couples a 2.0-liter four-cylinder with an electric motor to produce a combined output of 188hp (140kW / 191PS) and 175Nm (129lb-ft) of torque. The economic option uses continuously variable transmission and can only be ordered with forward-wheel-drive (FWD).

Pricing is yet to be announced.