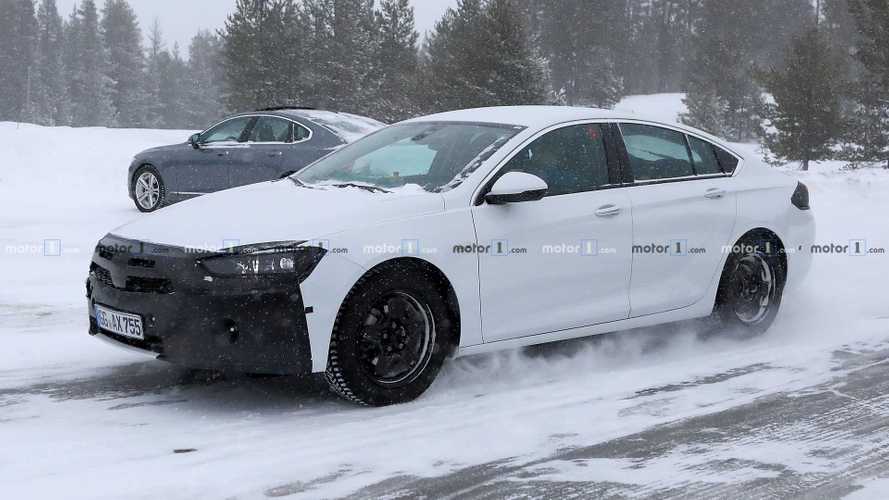 The next few years will be quite important for Opel. The German brand is now part of PSA and is currently in what could be best described as one of the biggest transformations in its entire history. The process will begin with a brand new generation Corsa based on a French platform and will continue with a refreshed version of the brand's flagship model, the Insignia.

Seen here is yet another prototype of the Insignia Grand Sport testing under cold winter conditions with camouflage covering the front end. The disguise is not letting us take a closer look at the modifications to the fascia, but we already have a pretty good idea of what’s going on under the cover.

The second-generation Insignia will likely be given a new radiator grille to match the evolved design of the rest of Opel’s lineup. The panel will be flanked by sleeker headlights with different internal graphics and LED technology in the higher trim levels. The entry-level models will carry on with traditional halogen bulbs.

Just like with the previous trial cars, this prototype has its taillights and logo on the trunk taped which signals we’ll probably see some minor revision at the back, too. Don’t expect anything huge, just slightly reshaped clusters and probably an updated emblem.

According to the latest gossip, the Insignia will switch to PSA-sourced engines. The French automaker is no longer supplying diesel motors for the rivaling Ford Mondeo and will instead focus its efforts in making the Insignia more efficient and dynamic.

Of course, all units will meet Europe’s Euro 6d-TEMP regulations which means the gasoline engines will receive a particulate filter as well. It will be interesting to see whether the vehicle will also get new transmissions as the ones it uses today are developed or commissioned by General Motors.