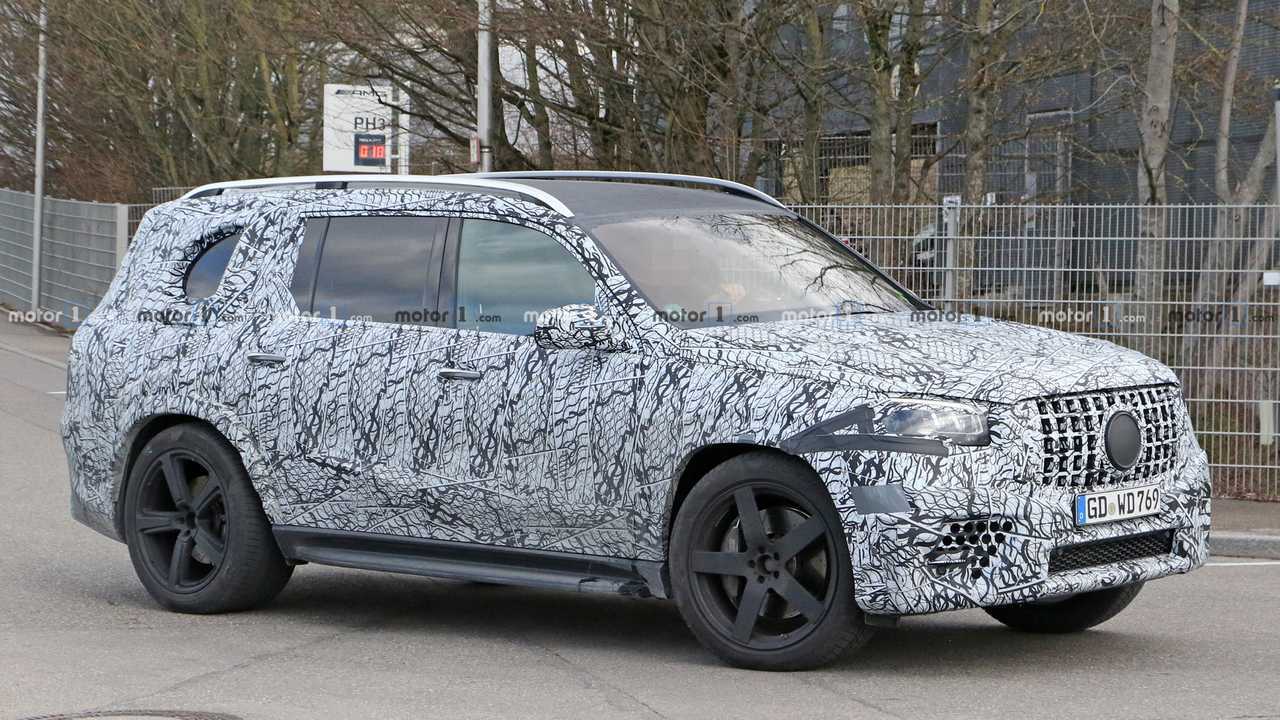 This should be an absolute monster once the camo comes off.

Mercedes-Benz has done a good job keeping its upcoming GLS-Class SUV out of the public eye. The range-topping people mover is a rare sight for our spy photographers to catch, but the high-performance AMG variant is rarer still. In fact, we haven’t seen Merc’s muscle SUV since October, and even then it’s only appeared for us a few times. The GLS 63 is wearing considerable camouflage in this new sighting, but it still our best look so far of what should be quite a machine.

For starters, the lower ride height and beefy brakes clue us into this being an AMG model, not to mention the quad exhaust exits at the rear. The seven-passenger SUV also has some seriously wide tires at the back, suggesting there will be plenty of horsepower reaching the pavement. We haven’t heard even a slight whisper on just how much power will be on tap, but something north of 600 hp (448 kilowatts) is all but guaranteed. Perhaps the better question is whether that power will come from a 4.0-liter twin-turbo V8, or something new.

Cladding and camouflage are still heavy on this prototype, but since our last sighting, the SUV appears to have gained a production-spec rear fascia and taillights. Details up front are considerably harder to see, and it’s possible the components behind the fascade are still being developed. We aren’t privy to any interior shots either, but being the range-topping high-performance SUV from Mercedes, you can expect it to be awash with digital screens and the very latest tech, including autonomous driver assist systems.

We’ve learned through an official product roadmap that Mercedes plans to reveal the standard GLS-Class sometime in the second half of this year. That means we’re likely still a year away from seeing this AMG variant, but it should be worth the wait.