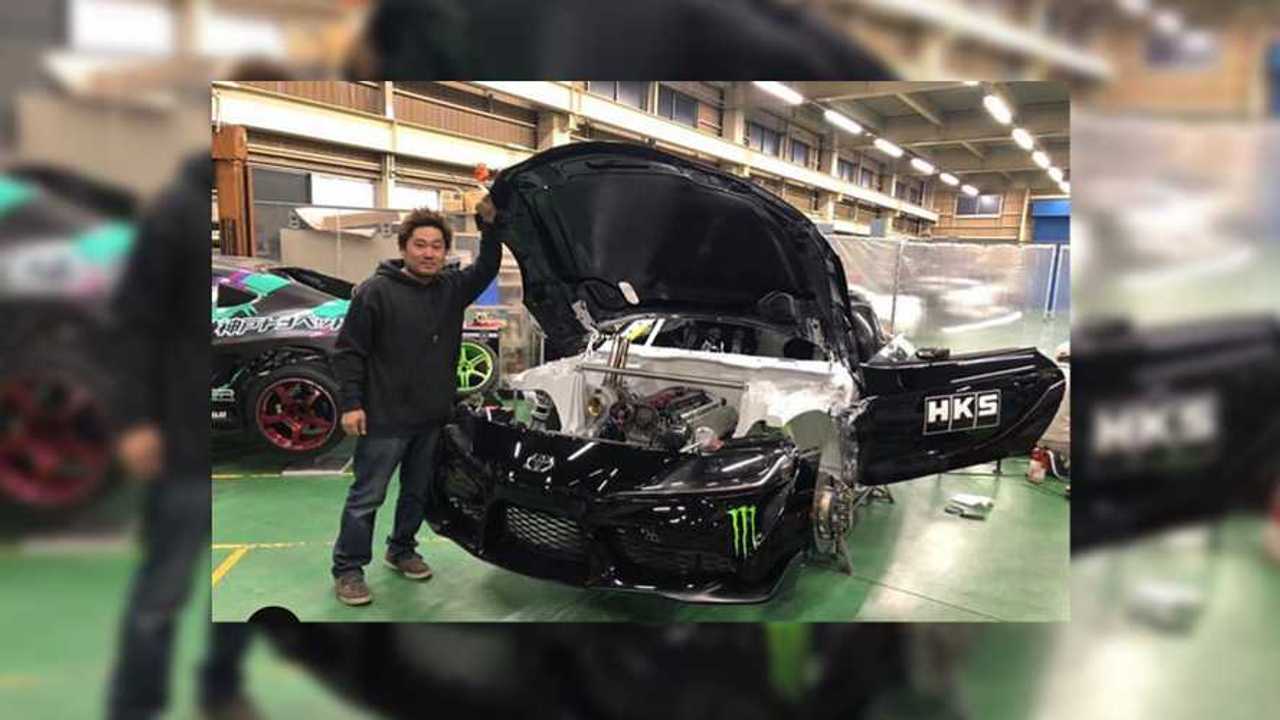 Is the BMW-sourced B58 inline-six not up to the challenge?

For those just returning from the orbit of Mars, you might be surprised to learn there’s a bit of controversy with the new Toyota Supra. Specifically, the reborn sports car has an engine built by BMW, and it’s connected exclusively to an automatic transmission. We don’t know if pro drifter Daigo Saito is among the Supra faithful upset over the powertrain combo, but we do know he already has a new Supra drift car that addresses both the engine and transmission concerns.

The drifter dropped some photos on Instagram showing his new A90 Supra drift car packing the tried-and-true Toyota 2JZ inline-six that elevated the previous-generation Supra to legendary status. We don’t have details on the build, but the folks at Supramkv.com rightfully point out that the 2019 Formula Drift season is just a few weeks away at this point. Obviously the car needs a manual gearbox, and the 2JZ mill certainly has a tried-and-true record in the performance world. It makes a certain amount of sense for Saito and his team to go with an established mill versus a tuned-up version of the new Supra’s B58 inline six.

Still, we can’t help but think this doesn’t look the greatest for Toyota’s PR team. The new Supra literally underwent years of testing, and that’s only talking about the various on-road prototypes we’ve seen since 2016. Given the Supra’s racing history, surely some higher-level powertrain development for production-based competition must have taken place. We know Toyota is headed in that direction because the automaker said as much, starting with the GR Supra Racing concept from 2018, the GR Supra Super GT in January, and the recently revealed GR Supra GT4. Why, then, would Toyota offer up a car for the Formula Drift series without the newest engine under the hood?

2JZ Swap All The Things:

1994 Ford Mustang With A Toyota 2JZ Engine: Superb Or Sacrilege?

Our first drive in a Supra prototype revealed a fantastic sports car, and we suspect the production car with its 335-horsepower 3.0-liter inline-six will be just as rewarding. We also expect higher-powered Supra production models in the future, but for now, it seems the enthusiast community is having a very hard time accepting a new Supra that doesn’t have a Toyota-sourced engine.