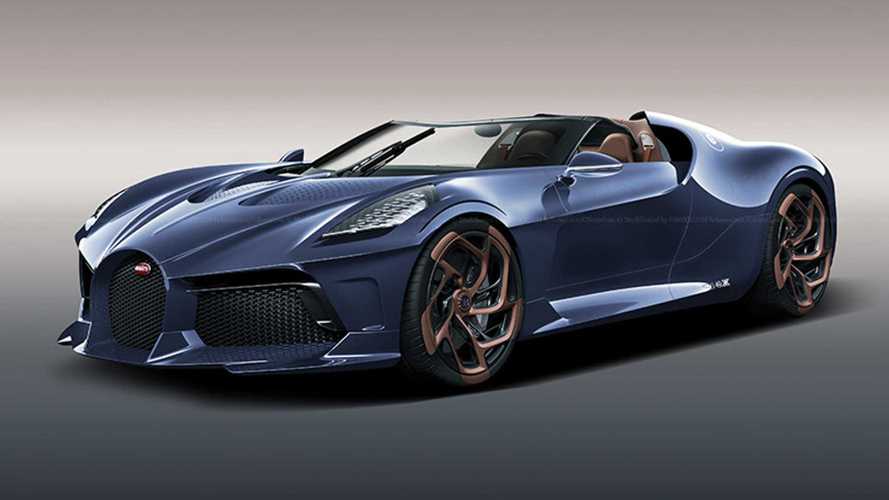 Are we going to see it in production? No. Does this matter? No.

Just a week ago, Bugatti took the automotive world by surprise with the one-off La Voiture Noire supercar revealed in Geneva as an ideological successor to the lost Atlantic. With a price of €16.5 million ($18.68 million) after taxes, it’s effectively the most expensive new car ever sold – and someone already paid that hefty figure to have it.

Surprise! It's Not A Real Car:

Given the car’s exoticness and rarity, we doubt there is a way to make it even more exclusive, but automotive designer Nikita Aksyonov doesn’t agree. In his latest rendering, he envisions the French supercar without the hardtop and, honestly, it’s even more jaw-dropping.

It might seem like an easy job of just chopping off the roof, but in reality (or should we say in virtual reality) it involves a bit more modifications. Take for example the shape of the panel that’s right behind the seats – it’s now shorter but retains its basic shape despite the transformation. The open top also shines more light on the position of the safety belts for the driver and passenger inside the cabin.

The La Voiture Noire Roadster also gets a different color scheme. The all-black appearance of the car in Geneva is replaced by a dark metallic blue hue with contrasting golden wheels and tire ornamentation. Almost everything appears to be identical at the rear end, including the six massive exhaust tips integrated into the brutal diffuser.

All you need to know about the one-off supercar:

Watch The World's Most Expensive New Car In Motion

Needless to say, such a car probably won’t happen. Bugatti has already said the La Voiture Noire will remain a one-off affair and this pretty much says it all. If we imagine it goes into production, however, it’s clearly going to be based on the Chiron and feature its quad-turbo W16 8.0-liter engine with 1,500 horsepower (1,119 kilowatts) and 1,600 Newton-meters (1,180 pound-feet) of torque.