Audi Boss Suggests The TT Won't Get A New Generation

But something to fill in the void is in the works.

As much as car enthusiasts love the TT, the fact of the matter is crossovers and SUVs have taken over. That’s why Audi’s high-riding portfolio is bigger than ever, with room to grow considering there’s a Q4 on the horizon and maybe a Q9 further down the line. As for the sleek Tourist Trophy, its future doesn’t look too bright, at least not using the current two-door formula with barely useable rear seats.

In an interview with Autocar, the CEO of Ingolstadt’s premium marque, Bram Schot, dropped a not-so-subtle hint about the demise of the TT sports car in its current form. When asked about whether the model would continue as is beyond its current third generation, Audi’s head honcho replied with:

“I think there’s a future for an [Audi] icon but I don’t know if it’s a TT. My heart bleeds when you ask that question! I’ve got some things cooking which could replace TT, though not necessarily directly.”

The main reason why Audi is revaluating the model is that the German automaker is in the midst of a lineup optimization to cut costs and use the saved money to finance the development of EVs and other technologies. Schot has already managed to save the company a lot of money by reducing complexity in the lineup by 27 percent after discontinuing some of the engine and variant combinations.

Since the TT is not exactly a strong seller, it’s vulnerable to the company’s proverbial axe. That being said, you’ll still be able to buy one for a while since the current generation won’t be discontinued until 2022.

What will happen beyond that? Audi has already dismissed those rumors about a TT Sportback four-door coupe like the concept unveiled at the 2014 Paris Motor Show. However, some parts of the media insist the swoopy sedan is on the agenda. Such a niche model would make sense since Audi currently doesn’t have a rival for the Mercedes CLA and the forthcoming BMW 2 Series Gran Coupe.

The TT has been recently refreshed: 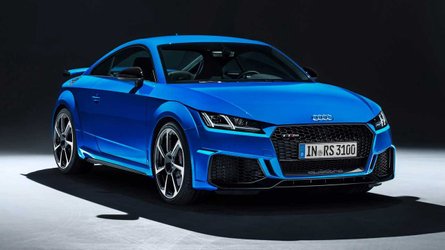 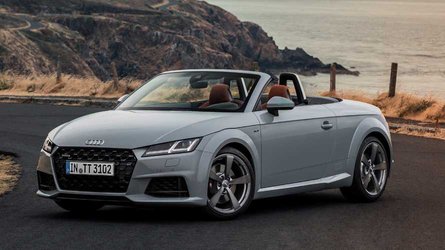