Monza, Silverstone, and Suzuka are among the many locations he caught on camera.

2019 is the 50th anniversary of the Apollo 11 moon landing, marking the first time a human being walked on a surface other than Earth. Astronaut Drew Feustel hasn’t been to the moon, but he’s been in space several times and his most recent stint had him in charge of the International Space Station. That’s no small amount of responsibility, but perhaps of greater to interest to us is that Feustel is also a straight-up car guy.

To Infinity And Beyond: 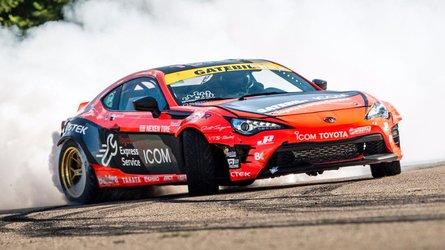 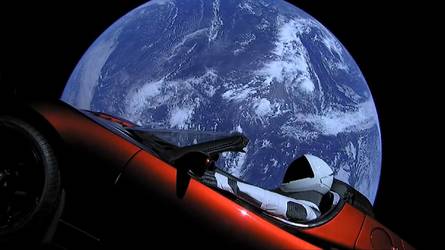 See The Tesla Roadster Launch And Leave Earthspace Behind

Hot Rod magazine has a great article on Feustel, who completed his five-month mission as ISS commander last October. Aside from his mechanical chops and enviable list of classic muscle cars in his garage, Feustel is also a pretty good photographer. Even though he was in space, he did what any proper car guy with a camera does – take photos of car stuff.

Given that the space station orbits the Earth 250 miles up at a speed of around 17,000 miles per hour, nabbing shots of actual cars was simply impossible. However, his camera did have enough zoom power to focus in on notable race tracks, and during the course of his space deployment, Feustel captured dozens of track photos from all around the world.

He posted the shots on his Instagram page, both during and after his space odyssey. Silverstone (above) and Paul Ricard in Le Castellet (below) really stand out from Earth orbit.

There's certainly no missing Suzuka's curves from space, either.

We really like Feustel's attention to some lesser-known tracks as well. Check out Iowa Speedway’s NASCAR oval track and the Mid-Ohio Sports Car Course below.

Most impressive of all is the fact that Feustel even got these shots. Aside from the challenge of taking pictures 250 miles in space traveling way faster than a bullet, he had to calculate specific orbits and times when the space station was in the right place to see a track, and the weather conditions had to be favorable for a shot. In most cases, he had just a five-minute window to get a photo and the only way to see the track was to find it through the zoomed-in camera. And since ISS astronauts have their work days scheduled down to the minute, he also had to make the time available. According to Hot Rod’s article, Feustel even had mission control helping out. Ah the benefits of commanding a space station.

We highly recommend checking out Hot Rod’s article and browsing through all the tracks in Feustel’s Instagram account.