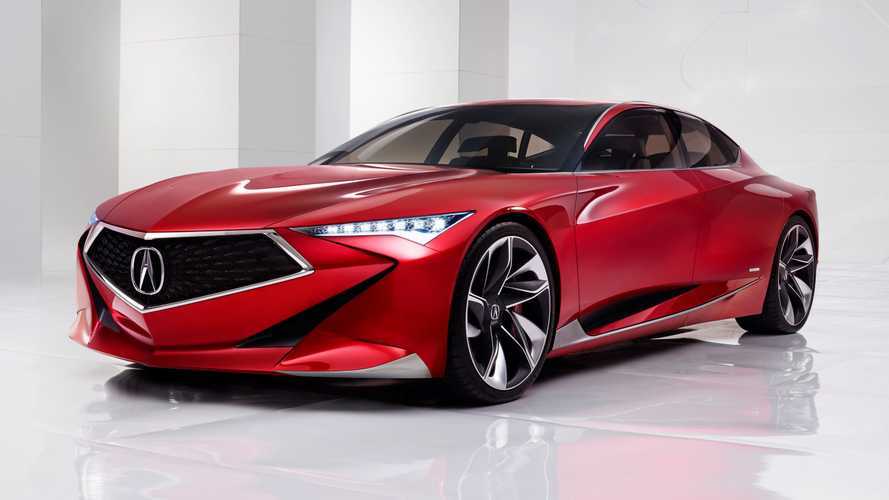 And a new ZDX down the line, too.

You can thank the 2016 Precision concept for the Acura brand's latest design language. The "Diamond Pentagon" grille decorates fascias of cars like the ILX and TLX, and crossovers like the RDX and MDX. The Precision itself never made it to production, but a new report says we could see a sedan inspired heavily by the three-year-old concept.

According to Car and Driver, Acura will debut its sportiest sedan ever at this year’s Pebble Beach Concours d’Elegance. The "production-ready," four-door concept, inspired by the Precision concept, will hit the shores of Southern California in August and should go on sale sometime in 2020. But it will be one of many new products from Acura.

After the Precision-inspired sedan, Acura will show a brand-new TLX. Though the current facelift is just a few years old, the new TLX is on schedule for a late 2019 or early 2020 debut. Same goes for the MDX; Acura will show a brand-new version of the three-row either late this year or early next. Both vehicles will be totally new from the ground up, and the TLX should get a hardcore Type S variant using Acura's new twin-turbo V6.

But the most shocking news is that of a reborn ZDX. Remember the funky crossover coupe Acura introduced in 2009? Yep, it's making a comeback. With the Germans (BMW, Audi, Mercedes-Benz) dominating the segment, it's no surprise that Acura will attempt to cash in with a version of its own.

All told, 2020 should be a big year for Acura. Three brand-new vehicles and a few new variants are in the works for the Japanese luxury brand.