Porsche Cayenne Coupe To Be Revealed Later This Month 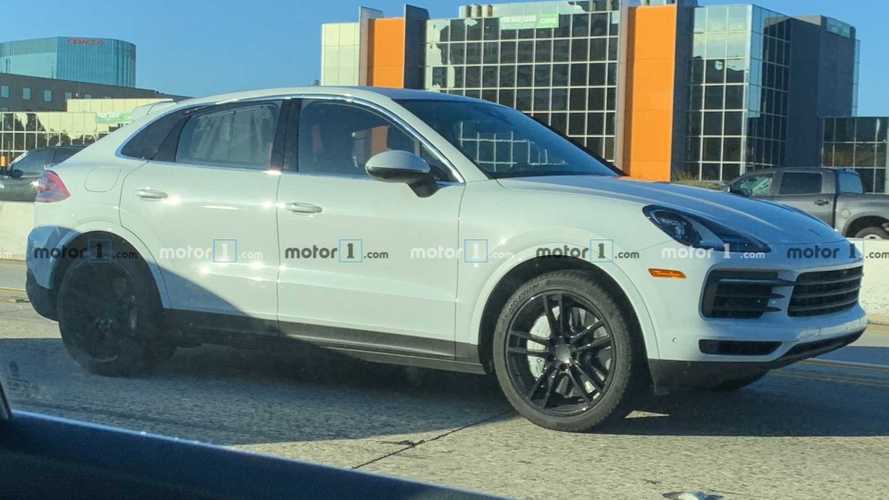 The Porsche Cayenne Coupé (name not yet final) will have an unveiling later in March and will be on sale in Europe this fall, according to Managing Director of Porsche Cars Great Britain Marcus Eckermann speaking to Autocar. It's not yet clear how soon deliveries to the United States could begin for the Cayenne Coupe to challenge the BMW X6 and Mercedes-Benz GLE Coupe.

While we don't know many official details about the Cayenne Coupe, including whether that moniker is the actual name, plenty of spy shots provide a great look at the upcoming crossover. Forward of the B-pillar, the new variant looks identical to the existing Cayenne. Things change at the rear where the designers sculpt the tail into a fastback shape. Like other coupe-inspred utility vehicles, the design tweaks likely reduce rear cargo room and possibly second-row headroom to create a sleeker silhouette.  In an odd touch, there's an active spoiler just above the taillights and a fixed wing on the roof (see below).

The Cayenne Coupe's interior is a bit more of a mystery. It's very safe to expect that the cabin looks a lot like that existing Cayenne, but the designers might have some small tweaks to create a greater differentiation between the two vehicles.

Take a look at the Cayenne Coupe:

Mechanically, the Cayenne Coupe should be mechanically identical to the existing model. Spy shots tell us that a performance-oriented Turbo version and E-Hybrid is under development as a choice for buyers looking for more speed. It's not yet clear how many powertrains might be available at launch.