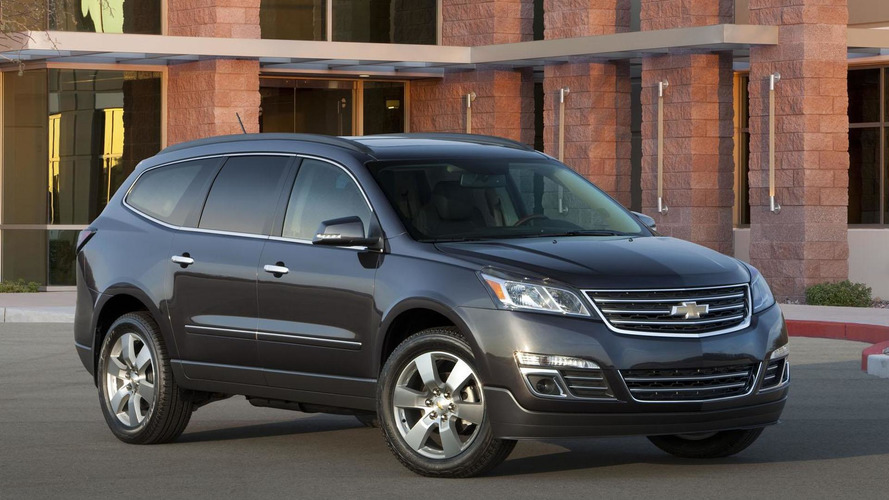 Chevrolet has unveiled the 2013 Traverse, ahead of its debut at the New York Auto Show. It features revised styling and an upgraded interior.

Chevrolet has unveiled the 2013 Traverse, ahead of its debut at the New York Auto Show.

Moving on to the interior, the cabin gains soft-touch plastics, silver / chrome accents and a revised center stack that can be equipped with an optional MyLink infotainment system.

Like the GMC Acadia, the Traverse is powered by a 3.6-liter V6 engine that develops up to 288 hp (215 kW / 292 PS) and 270 lb-ft (366 Nm) of torque. It is connected to an improved six-speed automatic transmission which can be backed up by an optional all-wheel drive system.

Besides the styling tweaks, the crossover benefits from a revised suspension and the industry's first front center air bag.

The 2013 Traverse will go on sale later this year and pricing will be announced closer to launch.