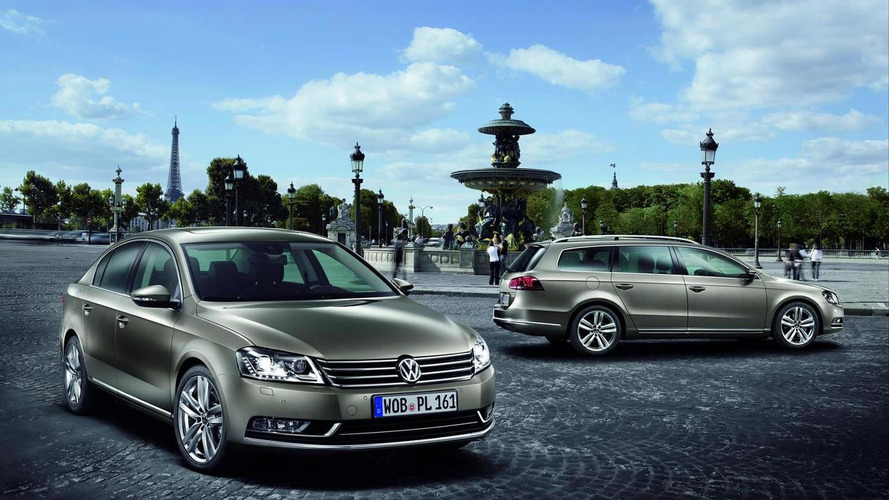 North American drivers have been enjoying a redesigned Passat, but their European brethren shouldn't have to wait too much longer.

North American drivers have been enjoying a redesigned Passat, but their European brethren shouldn't have to wait too much longer.

Autobild is reporting a new Euro-spec model will be launched in mid-2014. It will reportedly ride on the MQB platform and be slightly larger than today's model.

As before, a number of variants are expected. The sedan and wagon will be the bread and butter vehicles, but there should also be a redesigned Passat CC. The latter model is expected to move upmarket to help fill the gap between the standard Passat and the next-generation Phaeton. This change could also allow the company to introduce coupe and convertible variants.

We have also heard rumors about a plug-in hybrid variant that could use a 1.4-liter TSI petrol engine, an electric motor and a lithium-ion battery. This could enable the model to have a combined output of 170 PS (125 kW / 168 hp) and an electric-only range of up to 50 km (31 miles).