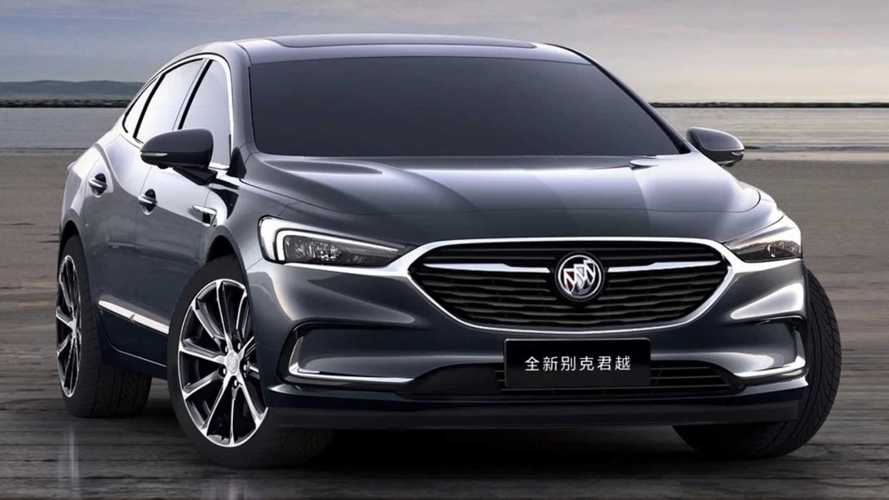 But it's not coming to the U.S.

Following a photos leak from December last year, the refreshed Buick LaCrosse for China has debuted officially. The facelifted sedan comes with significant design tweaks and an updated engine range.

Opel may no longer be part of General Motors, but the new LaCrosse gains an Insignia-inspired front end with sleek LED headlights, a larger radiator grille, and a chrome trim connecting the lamps with the grille. The bumper is also slightly redesigned and now features small chrome accents at the lower edges.

A similar approach is taken at the back – the taillights are thinner and are connected with a chrome strip, which creates a somewhat wider overall appearance. The bumper valance is also reworked and features integrated chrome exhaust outlets with a different shape. The side profile of the sedan remains largely unchanged and, judging by the press photos, Buick will most likely offer new wheel designs.

There’s an interesting addition to the engine lineup. As GM Authority reports, the 2020 LaCrosse is Buick’s first model to receive the eighth generation Ecotec motors of General Motors – namely, a 2.0-liter turbocharged gas unit with 237 horsepower (177 kilowatts) and 258 pound-feet (350 Newton-meters) of torque. It is mated to a nine-speed automatic gearbox as standard.

Later on during its lifecycle, the facelifted LaCrosse will also get a newly-developed 1.3-liter turbo engine generating 160 hp (119 kW).

This is the LaCrosse you can actually buy in the U.S.:

If you like what you see here, prepare to be disappointed. Buick has no plans to bring the refreshed model to the United States. Sales in China are expected to begin shortly, but GM’s decision to close its Detroit-Hamtramck plant where the North American LaCrosse is made next year means the model won’t reach American showrooms. The 2019 LaCrosse is still available in the U.S. with a starting price of $29,570.

For China, the model will be assembled at SAIC-GM’s Jinqiao South plant in Shanghai, which will remain the only factory in the world to produce the LaCrosse.