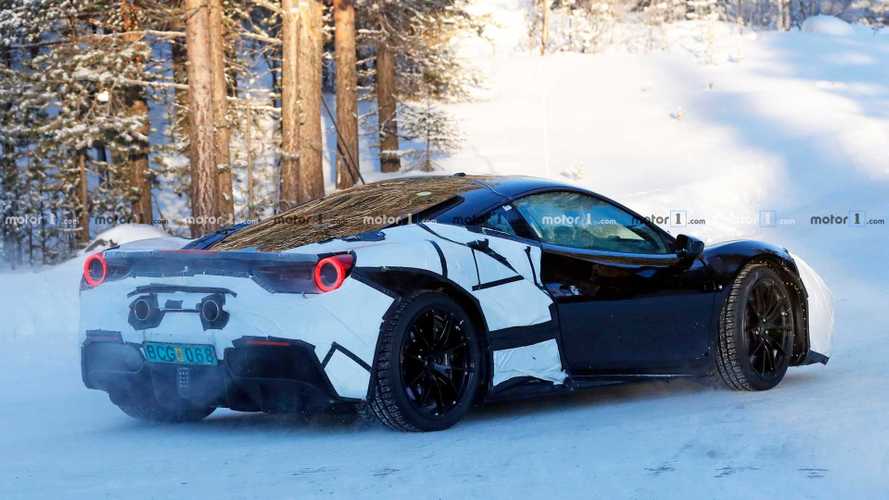 Is this the new Dino? We should know for sure by this summer.

Yesterday at the 2019 Geneva Motor Show, Ferrari confirmed that a new V6 hybrid model was not only coming, but almost here. In fact, a Ferrari official said the V6 hybrid was just two or three months away from being revealed. We’ve caught hybrid test mules on camera from time-to-time with 488 GTB bodies, but this set of shots nabbed by our spy team in Sweden are the best look we’ve ever had.

Unfortunately, mere pictures don’t really tell the full story this time around, as the magic is happening underneath the familiar bodywork. Details of the gasoline-electric merger are completely unknown at this point, however, our spy sources do report hearing a definitive V6 burble out of the pipes on this car. As with the LaFerrari, we expect the new hybrid won’t offer a fully-electric mode. Instead, the electric power will add to the V6 punch, and in that area, we suspect it will be a significant punch indeed.

Some have said the hybrid could be a new entry-level model slotting below the Portofino, but we suspect it could actually be more powerful than the recently unveiled F8 Tributo. That would mean a hybrid arrangement well over 700 horsepower (522 kilowatts), and it should all go to the rear wheels.

The real question at this point is whether or not this hybrid will mark the return of the Dino. Speculation on a new V6-powered Ferrari has long suggested the moniker will indeed be on the car, but of course Ferrari is being very tight-lipped on any details. For that matter, we don’t even know if the car will share any components with the 488, or if the platform is all-new.

At least we won’t have long to wait. The hybrid should be unveiled by summer, and once it’s out Ferrari has yet another unknown surprise in store for us before 2019 comes to a close.