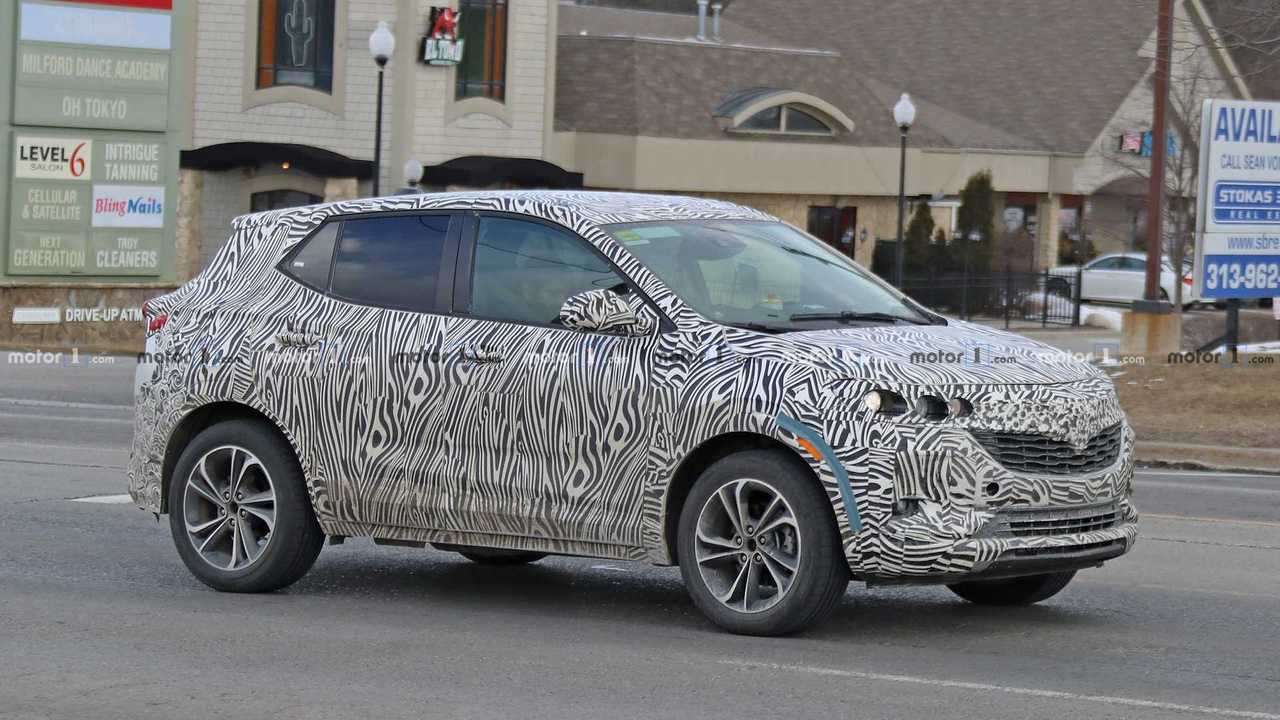 Styling is similar to the current SUV, but there's a new platform underneath.

Here’s our best look so far of the 2020 Buick Encore, spied cruising the streets of Milford, Michigan near GM’s expansive proving grounds northwest of Detroit. Our previous encounters with the compact SUV featured test vehicles with heavy black coverings over much of the body, but that’s all gone now. There could still be some clever cladding affixed to certain areas, notably around the hood and front fascia. Otherwise, this body-hugging zebra camo wrap is all that’s between us and the all-new Encore.

Right off the bat, we can see the shape is certainly familiar. There’s a hint of the current model’s side sculpting visible on the doors, and the high beltline with narrow side glass is there as well. There’s a sharper up-kink to the beltline at the rear, and though the rear window still looks a bit crunched, it’s not quite as narrow as the current model.

The rear pillar is completely different, however, and it appears the Encore will go for a sportier look with a more prominent roof spoiler. Headlights and taillights on this prototype appear to be placeholders, but we can see the SUV’s front clip a bit better. Again, the look will be familiar to current Encore owners but styling will more closely resemble the grille treatment on the larger Envision.

Despite the familiarities in design, this isn’t a mere facelift. Inside sources tell us the Encore will transition to GM’s VSS-S platform. That should add a bit more interior room for passengers while giving the SUV a slightly larger presence outside as well. We expect the 1.4-liter turbocharged four-cylinder to remain under the hood, though it’s possible higher powered options could enter the mix to help the near-luxury brand compete with German competition.

We haven’t heard anything as to exactly when Buick will reveal the new Encore. All indications point to this being a 2020 model, so our best guess right now is a debut later this year, perhaps late summer or well into the fall at the Los Angeles Auto Show.