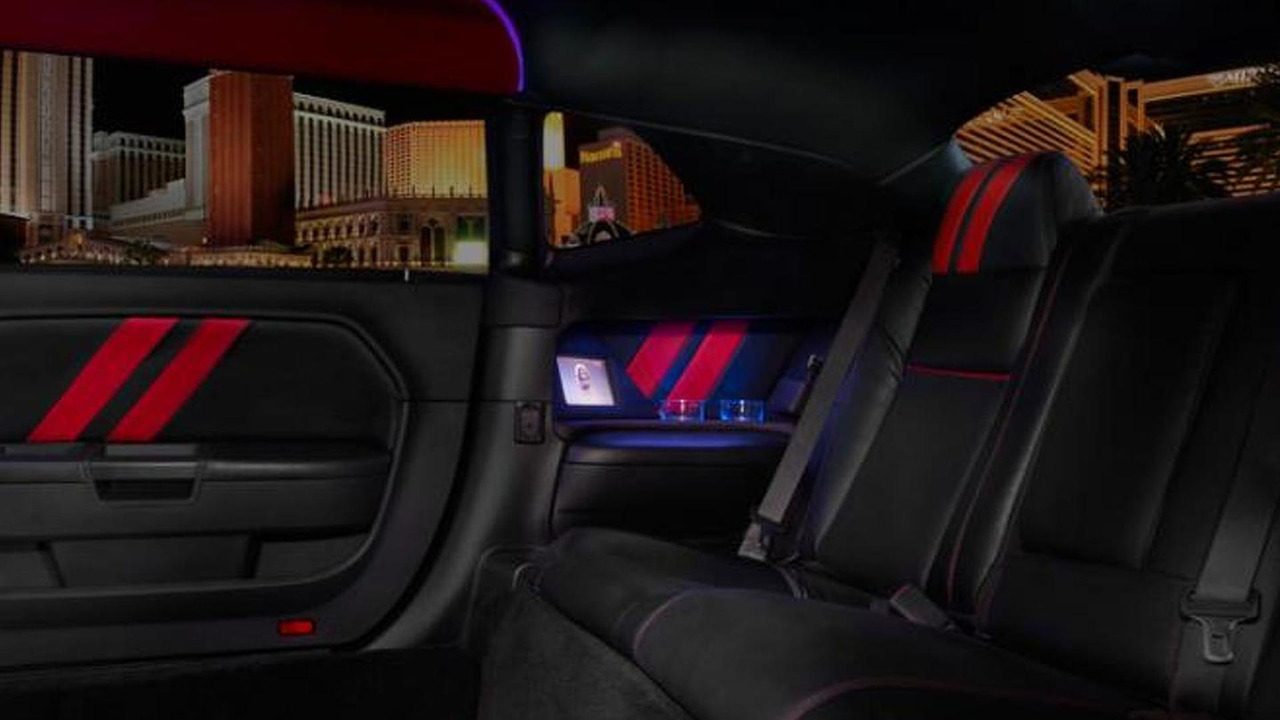 President of LA Custom Coach Philip Eiselin says he was inspired by the Challenger's wheel design and immediately went to work drafted it on the computer.

Eiselin confirms this one-of a kind vehicle will be short lived as a second Challenger limo is being built and a third is planned.

In the video Eiselin tells an anecdote that when the Challenger SRT8 limo was parked out in front the MGM Grand hotel in Las Vegas, the American muscle car conversion apparently drew more attention by onlookers than the Rolls-Royce Phantom and Bentley it was parked next to.