Alfa Romeo’s 'Something New' For Geneva Could Be Called Tonale 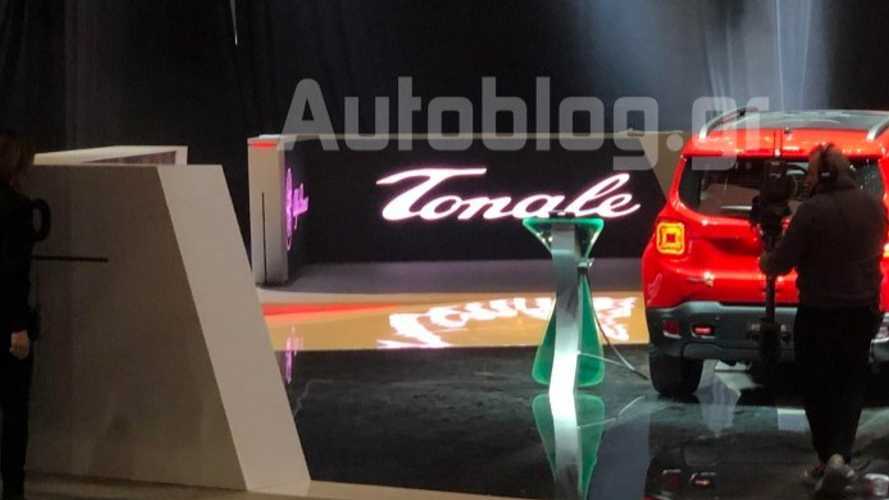 The name hints at a crossover.

Even though the 2019 Geneva Motor Show officially starts tomorrow with the first press day, it looks like the event’s organizers are already letting members of the media get in and take photos. While this isn’t exactly newsworthy, our friends at Autoblog.gr have brought to our attention a photo they took while pointing the camera towards the Alfa Romeo stand.

Remember that “something new” Alfa promised to bring to the show? It looks like it is called Tonale, but it doesn’t necessarily mean the car will actually be on display. After all, a company official did tell us the Italian automaker would “show everyone a taste of what’s next,” which reading between the lines could mean a teaser image or merely an announcement.

Fire up Google and search for “Tonale” and you’ll learn it’s a mountain pass, much like Stelvio. Putting two and two together, the future Alfa Romeo that is (sort of) being teased here is the rumored crossover. It’s too soon to say whether it’s the compact model or the already confirmed larger model positioned above the Stelvio, but with the rumor mill pointing towards the former, there’s a good chance this is the C-segment Alfa Romeo crossover.

Details about the new high-riding model are scarce, but the model in question is expected to be underpinned by the same platform as the Jeep Compass rather than on a shrunken Giorgio platform adapted from the Stelvio and Giulia. Production will take place at the Pomigliano factory in Italy and there’s going to be a plug-in hybrid derivative.

We will know what's what tomorrow when Alfa Romeo will announce the model.

Here's Alfa Romeo agenda for the next several years: