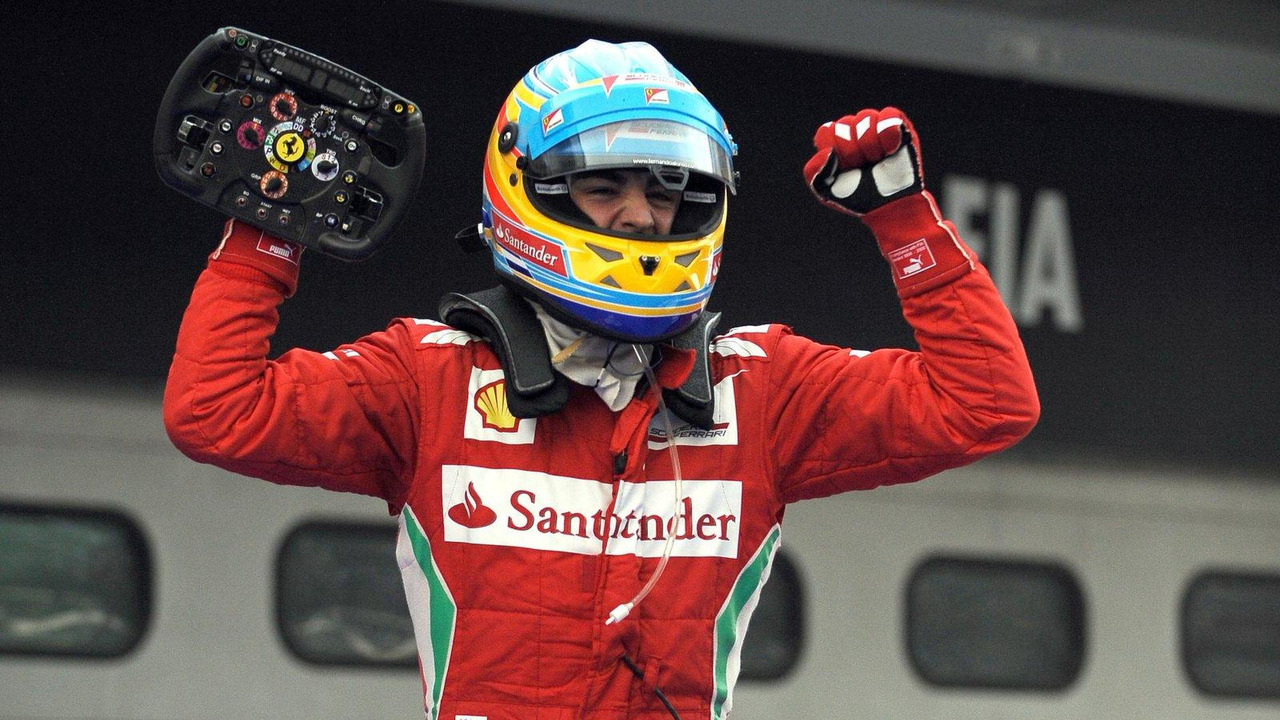 Fernando Alonso is F1's shock world championship leader, after Malaysian rain shook up the order at Sepang. "It's a tough time for us at the moment, but we will remember this day," said the Ferrari ...

"It's a tough time for us at the moment, but we will remember this day," said the Ferrari driver, who finished ahead of another surprise podium-sitter, Sauber's Sergio Perez.

The young Mexican was catching Alonso at a rate of knots when he made a mistake.

"I think the win was possible," Perez, who has been linked with Felipe Massa's works Ferrari seat, said after beating the back-to-back 2012 polesitter Lewis Hamilton.

"The team did a fantastic strategy to put Perez on the right tyres at the right moment. For me, that's it," said the Spaniard.

Back-to-back world champion Sebastian Vettel had an horror Sunday, cutting a tyre whilst passing an HRT and eventually retiring with what Red Bull described on the radio as an "emergency" technical problem.

The German lies sixth in the drivers' world championship, four points behind Perez and 17 off the lead.

Title leader Alonso, meanwhile, is not overly happy with the rain-soaked win.

"I think it changes nothing," he said. "We are in a position that we do not want, fighting to get into Q3."

Team boss Stefano Domenicali agreed: "I hope this helps the people at home to push, but we were not stupid yesterday and we are not phenomenal today."

The Italian also denied that Perez's debut podium is the ideal time to immediately pluck the Mexican from Sauber and put him in struggling Felipe Massa's red car.