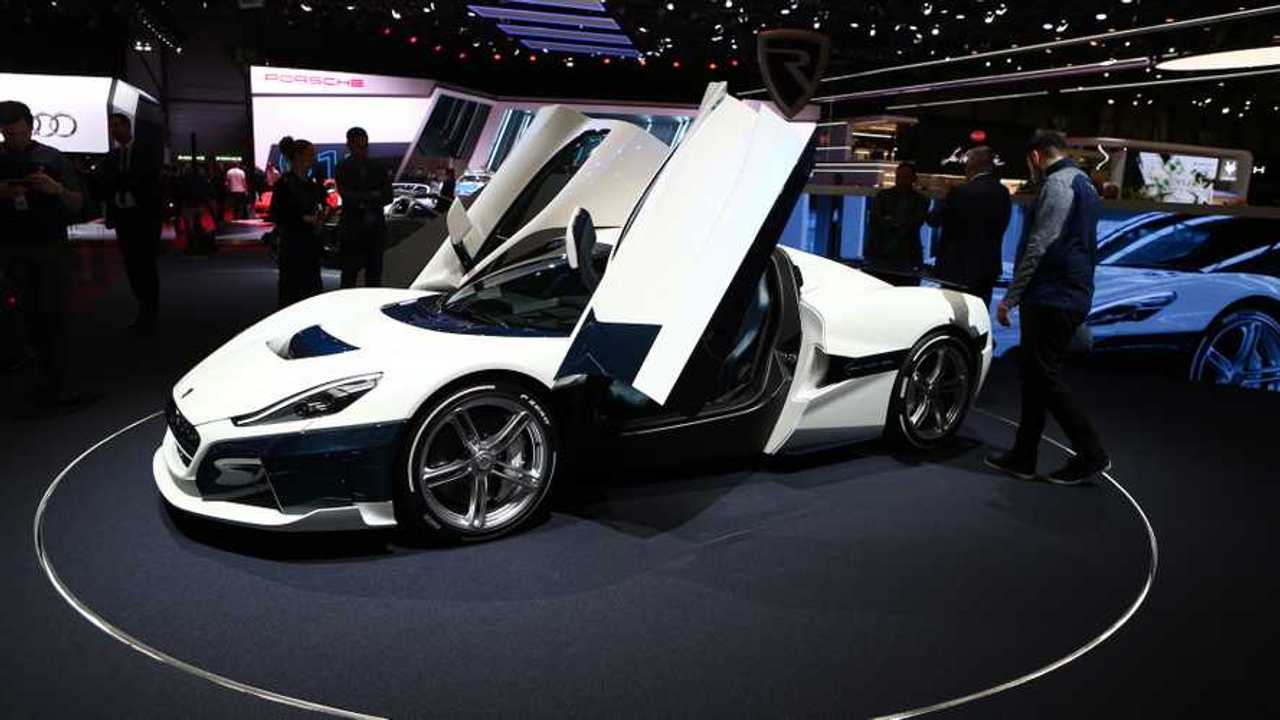 Supercar enthusiasts have a lot of reasons to get excited about automakers embracing electrification as plenty of zero-emissions machines have been announced with staggering technical specifications. Case in point, Rimac unveiled the C_Two nearly a year ago in Geneva and now they’re about to show the bonkers electric hypercar with a fresh new coat of paint.

Closing In On Production:

Dressed in Arctic White with exquisite deep blue-tinted carbon fiber body elements, the C-Two for the 2019 Geneva Motor Show represents Rimac’s way of telling us everything is going according to the plan. Prototypes of the electric beast are already in production, and the Croatian marque hints at powertrain improvements set to be implemented in the customer-spec production cars due in 2020.

The showcar’s interior cabin is also a sight to behold thanks to a matte carbon fiber theme combined with petroleum blue for the leather noticeable on the seats, door cards, steering wheel, the central armrest, and even on the floor mats.

Rimac isn’t willing to go into any details for the time being regarding the upgrades they’re planning for the powertrain, but they do say these will be possible thanks to “new development efforts.” For the time being, we know the C_Two has four electric motors with a combined output of 1,914 horsepower and an instant torque of 2,300 Newton-meters (1,696 pound-feet). It’s enough electric punch for a sprint to 60 mph (96 kph) in precisely 1.85 seconds, with the 0-186 mph (0-300 kph) taking just 11.8 seconds.

Get up to speed with Rimac:

It will be interesting to see how Rimac is going to improve these already amazing specs. Meanwhile, we can enjoy looking at this gorgeous Geneva-bound showcar that will be on display starting tomorrow.