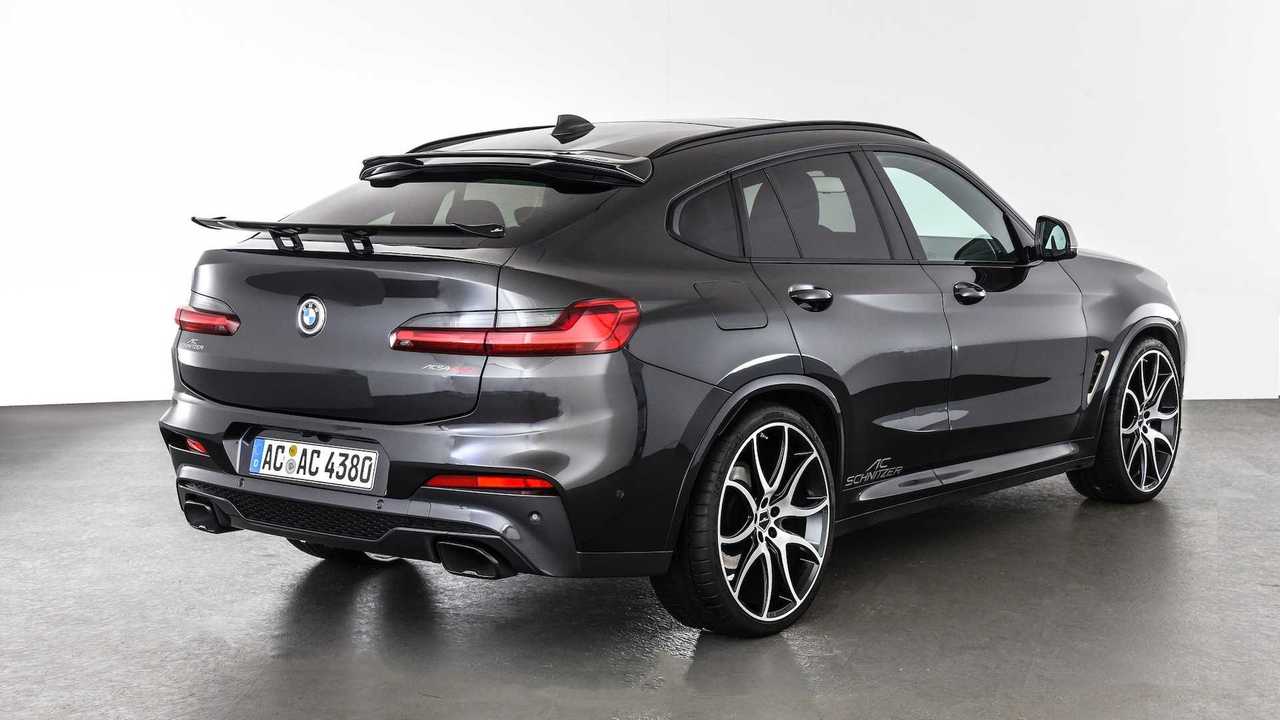 That carbon fiber wing at the rear deserves some attention.

AC Schnitzer has done a lot of things with BMWs, primarily making the Bavarian cars than what they already are. The German aftermarket genius has turned the already sporty X2 into a more capable athlete, even adding more aggressive cue onto an 8 Series Coupe. It even made the BMW i8 an exciting machine that's meant to police the road.

This time, the German tuner turned its sights to the X4. The second Sports Activity Coupe in line gets nasty upgrades inside and out, including more oomph to its power plant options.

To increase the car's aesthetics and performance, AC Schnitzer added a few elements onto the X4's exterior design. First and foremost, the BMW X4 gets a front spoiler, rear roof spoiler, rear spoiler, and carbon fiber rear wing for cars that are meant for export. It also gets an AC Schnitzer-branded rear skirt protection foil.

The tuned X4 is also noticeably lower in profile by 0.8 to 1.0 inches thanks to the AC Schnitzer suspension spring kit.

Interior, on the other hand, has been upgraded as well with aluminum pedals, footrest, keyholder, and the Black Line aluminum cover for the iDrive Controller.

Under the hood, the AC Schnitzer X4 xDrive30d gets upgraded from 265 horsepower to 315 horsepower (for export). The X4 xDriveM40d, on the other hand, gets an increase in performance from 326 hp to 380 hp.