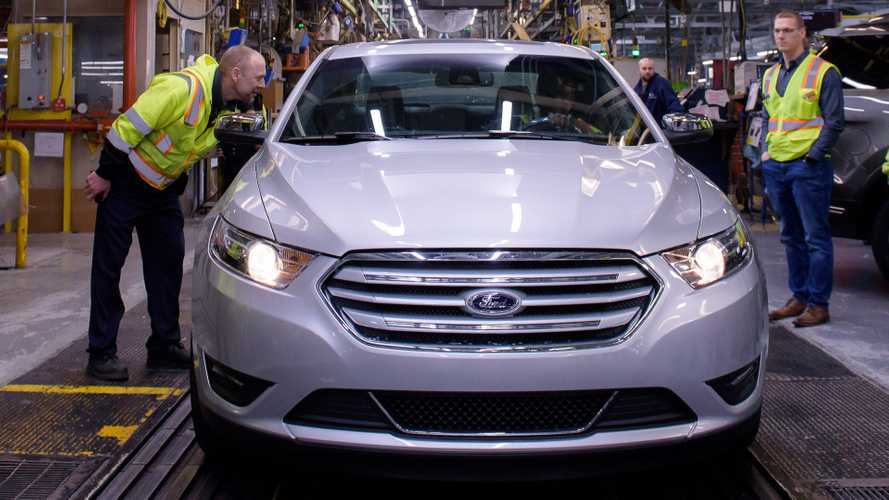 It was a great run for both of these American cars.

SUVs have become a popular choice among car buyers worldwide. So much so, that sedans have become a niche choice and brands have been introducing new SUVs and crossovers by the minute. Worse, brands like Ford and Chevrolet actually chose to kill off cars in their corresponding lineups.

The news broke out when Nick Bunkley of Automotive News tweeted a side by side photo of the Taurus full-size sedan and the Cruze compact car, announcing the death of both nameplates:

Digging through the archives, we found Ford's media release about the Taurus. More than eight million Taurus were built in Ford's Chicago plant over its 34 years of production.

“Taurus broke new ground at its start and we’re thankful for its role in our portfolio,” said Mark LaNeve, Ford vice president, U.S. marketing, sales and service. “Those same kinds of innovations will continue for today’s customers with Ford Explorer and the rest of our lineup.”

The Taurus might have met its end but Ford has secured the jobs at its Chicago plant. In fact, the Blue Oval invested $1 billion into its the assembly and stamping plant, consequently adding 500 jobs to expand capacity to build the all-new 2020 Ford Explorer and Ford Police Interceptor Utility.

The takeover of SUVs and crossovers:

VW And PSA Might Discontinue Their Smallest Cars In Europe

Meanwhile, WKBN reported the last Chevy Cruze to roll out of GM's Lordstown plant in Ohio. Images were sent to the news agency where you could see some scribbled words onto the car's body such as "Last Cruze," "I've survived despite you," and "The future is uncertain but the end is always near - Jim Morrison," the latter referencing a line from The Doors' Roadhouse Blues song.

According to WKBN's report, the last Cruze would likely have a white or silver color. It's now headed to the paint shop and expected to be finished by Wednesday. Sadly, the GM Lordstown plant would halt production next Friday without any product to produce moving forward.