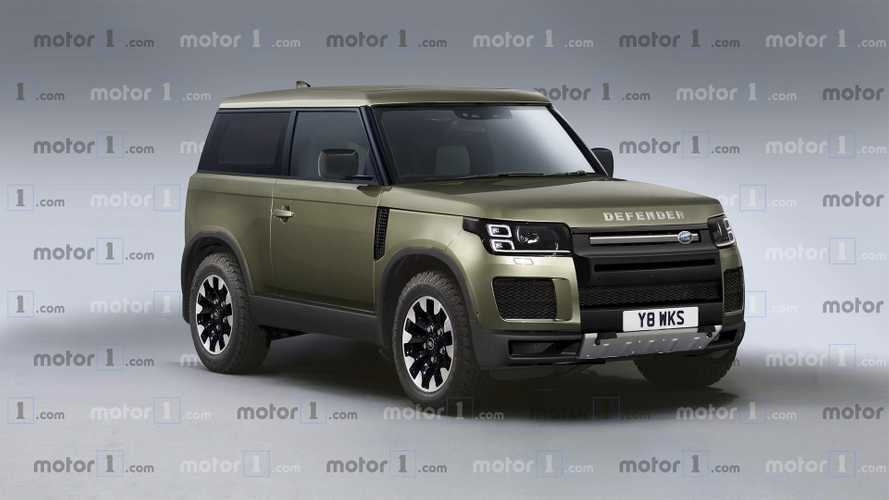 The successor of the legendary Land Rover Defender is almost here. We won’t see it for at least another few months though and we decided to ease the wait until the official debut arrives with an exclusive rendering of the off-roader. We asked our artists to imagine what the two-door Defender 90 could look like – and the result is this cute but brave high-riding warrior.

Let’s face it – the new Defender is going to be an all-new product and the British marque has already admitted it will try to attract new customers to the brand. Basically, this means the design won’t be as rugged as the original Defender and will instead future styling cues from the rest of Land Rover’s models.

This is clearly visible from the renderings above – the vehicle is still easily recognizable as a Defender, but now incorporates a front fascia that’s inspired by the Range Rover and Discovery. LED headlights will be part of the equipment in the more expensive trims while the regular variants, we expect, will feature standard halogen lamps.

Seen here is the two-door version of the 2020 Defender which should be the most capable off the road of the entire lineup. Its short overhangs in combination with the raised suspension will probably allow it to cope perfectly with steep hills, snow, dust, and mud.

At launch, under the hood of the resurrected off-roader should be a 2.0-liter turbodiesel, which will be joined by a hybrid powertrain later during the SUV’s lifecycle. It will be interesting to see what will power the vehicle in the United States, where it will arrive in 2020.

The two-door Defender is expected to launch together with a longer five-door model which will have significantly more room in the cabin. Additionally, a pickup body style is believed to be in the works as well, but nothing has been confirmed yet.