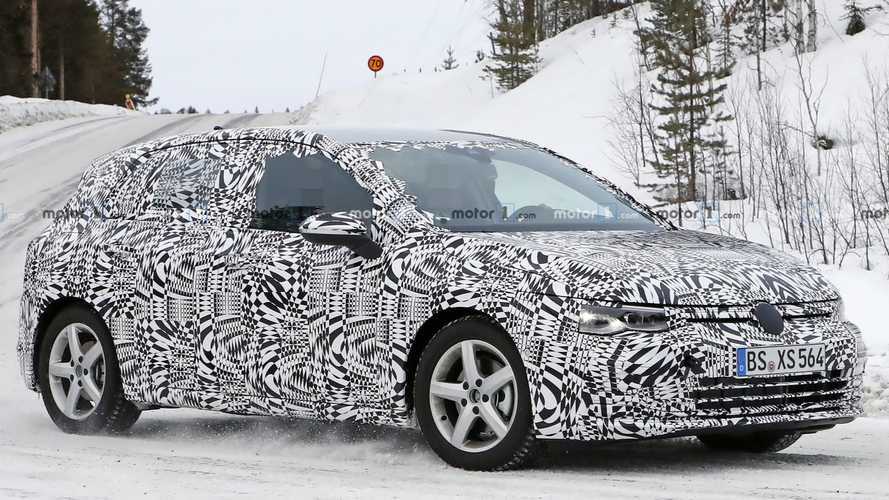 The Golf is the 911 of compact hatchbacks when it comes to evolutionary designs.

What could Volkswagen possibly be testing with this camouflaged prototype? It’s the Golf all right, with its all-too-familiar evolutionary design you’ll be able to recognize from a mile away. With 445,754 cars sold last year in the European Union, the undisputed king of sales is getting ready to make the transition towards its eighth generation. Mum’s the word about when it will be officially revealed, but with VW announcing plans to start production in June, we will likely see it later this spring.

Meanwhile, a heavily camouflaged prototype was spotted undergoing one of the final rounds of winter tests while carrying what looks to be the full production body and the final lights. Speaking of which, we can already take a good look at both the headlights and taillights as VW didn’t bother to fully disguise them. Unsurprisingly, these are also more of the same compared to the outgoing Golf 7, although we’re seeing some Audi-esque cues in the shape of the clusters.

Although not noticeable, a minor bump in size is expected from the eighth generation, which corroborated with better packaging enabled by the updated MQB platform, should translate into a more spacious interior. The revised hardware might enable a minor weight loss, although nothing to write home about.

Under the hood, expect the familiar array of turbocharged gasoline engines: 1.0 TSI, 1.5 TSI, and the punchy 2.0 TSI for the GTI and R models set to arrive at a later date. Diesel fans will be happy to hear the once hugely popular 2.0 TDI will soldier on in the Golf 8, which is also expected to feature the familiar 1.6 TDI as well. Depending on the engine you go for, VW will sell the compact hatchback and wagon with a six-speed manual and a seven-speed DSG.

Since we’ve mentioned the wagon, there’s a wild rumor going on that Wolfsburg is looking to drop the long-roof version of the Golf, but we honestly just can’t imagine that happening since wagons are still desirable in Europe despite the SUV boom. It would be a logical move to drop the three-door version, but not the more practical Variant.

VW has already revealed its Geneva agenda with the Passat Variant R-Line Edition, Touareg V8 TDI, and the T-Roc R concept taking center stage. With the Golf effectively being the company’s most important car, VW might not want the Mk8 to share the spotlight with other models, so a reveal at a dedicated event seems more likely.