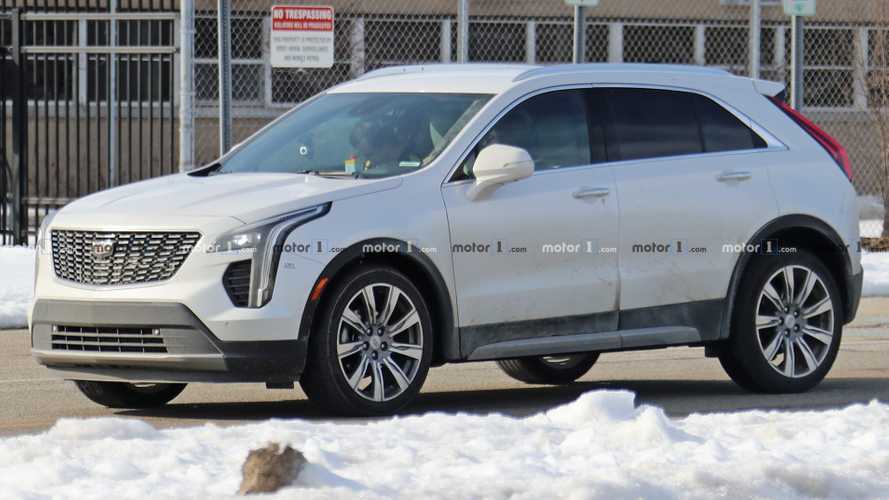 The diesel engine would likely only be available in Europe.

A fresh set of Cadillac XT4 spy shots appears to reveal the engineers testing a diesel engine in the crossover at General Motors' Milford Proving Grounds. In addition, our spies report seeing a decal on the fuel door that they believe specified for the vehicle to use diesel fuel, but they weren't able to snap a picture of this sticker.

Without seeing the message on the fuel door, the best evidence that this XT4 is something special comes from looking at the exhaust layout. This vehicle has dual, circular exhausts coming out of the driver side, whereas the current XT4 has a single, trapezoidal outlets on each side (see comparison below).

A report in 2018 suggested that Cadillac was completely abandoning diesel powerplants. However, a Caddy spokesperson contacted Motor1.com saying the automaker still intended to offer the XT4 with a diesel engine in Europe. These spy shots likely catch this model under development.

In the United States, don't expect to get a diesel-fueled XT4 because Cadillac doesn't believe there's enough demand for these powerplants in the country. If a more efficient model joins the range, look for the variant to use electrification.

The 2019 Cadillac XT4 went on sale in the United States in fall 2018. The only engine currently available is a 2.0-liter turbocharged four-cylinder making 237 horsepower (177 kilowatts) and 258 pound-feet (350 Newton-meters)of torque. The crossover only comes with a nine-speed automatic, and buyers can select between front- or all-wheel-drive versions. The available Sport trim offers Continuous Damping Control that constantly tweaks the suspension to make the ride smoother. Customers who want more power might be able to get a more powerful V-Sport model in the future, according to recent rumors.