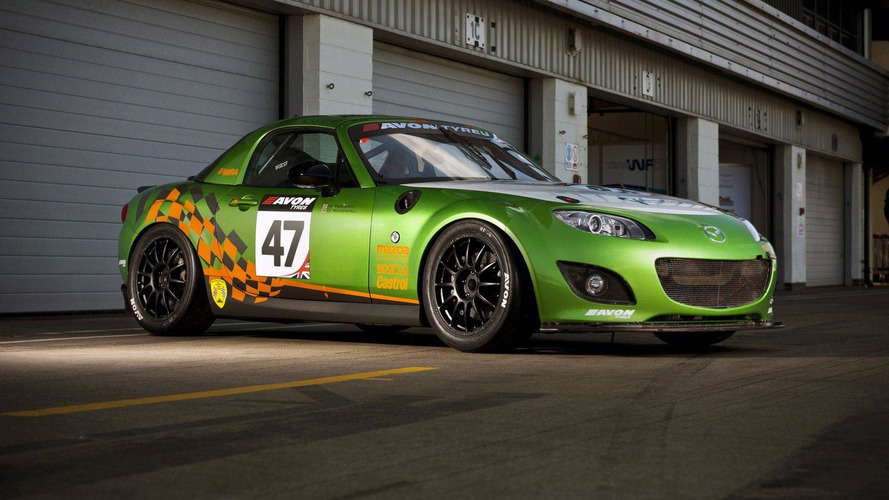 Mazda UK has announced their iconic MX-5 roadster will enter the British GT Championship in 2012 as the MX-5 GT.

Mazda UK has announced their iconic MX-5 roadster will enter the British GT Championship in 2012 as the MX-5 GT.

Set to compete in the GT4 class against Lotus, Aston Martin, Ginetta and Nissan, the MX-5 GT race car weighs only 1,000kg (with a 150kg ballast) and has a power output of 315bhp from its 2.0-liter engine which is mated to a paddle shift sequential six-speed Hewland gearbox. 0-60mph sprint takes only three seconds while the top speed is 160mph.

Mazda claims this is the fastest and most powerful MX-5 in the world.

"We are looking forward to taking on the supercar brands this year and winning," commented Jeremy Thomson, Managing Director for Mazda UK. "Last year was a valuable development year when we established the strengths of the car and then developed the power and handling to best exploit those strengths. We are excited and optimistic about our first year in British GT and fully expect the Mazda MX-5 to upset a few established marques.

The British GT Championship kicks off at Oulton Park in Cheshire on Easter weekend, 7 and 9 April and lasts nine rounds over seven weekends.