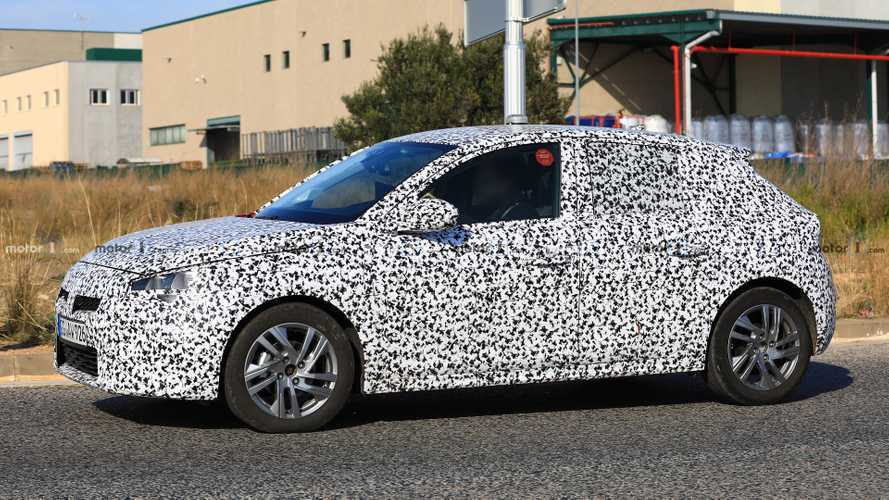 Are those speakers in the A-pillars?

Having seen the stylish Peugeot 208 earlier this week, we’re now curious to discover what’s hiding behind the camouflage of its sister model. We’re talking about the completely new Opel Corsa, which will essentially be a sister model of the French subcompact hatchback once it will debut later this year. We probably won’t have to wait much longer to see it taking into account this prototype appears to have all of the final production bits in place.

Despite the heavy camouflage, it’s easy to notice the new Corsa F will be more than just a Peugeot with Opel’s badge as the Rüsselsheim marque has come up with its own design. We’re also expecting a different approach when it comes to the interior design as the 208’s excellent i-Cockpit will be eschewed for something a bit more conventional as it would be fitting for a German car.

Just to get an idea about what will power the next-generation Corsa, Peugeot will sell the revamped 208 with a turbocharged 1.2-liter three-cylinder engine in 75-, 100-, and 130-horsepower flavors. The base version will be hooked up to a five-speed manual whereas the midrange spec will come with a choice between a six-speed manual and an optional eight-speed auto. The strongest of the bunch will be an auto-only affair. Diesel fans will be stuck with a four-cylinder 1.5-liter linked to a six-speed manual gearbox.

Opel has already confirmed an eCorsa to serve as the zero-emissions version of the range. If it’s anything like the e-208, the electric supermini will offer 136 hp and 192 pound-feet (260 Newton-meters) of torque – enough for a sprint to 62 mph (100 kph) in 8.1 seconds. In the case of the Peugeot, the 50-kWh battery pack sits underneath the cargo floor and offers a maximum range of 211 miles (340 kilometers) between charges.

When are we going to see the all-new Opel Corsa? Our money is on a September reveal at the Frankfurt Motor Show, although an online reveal could occur a few weeks sooner.