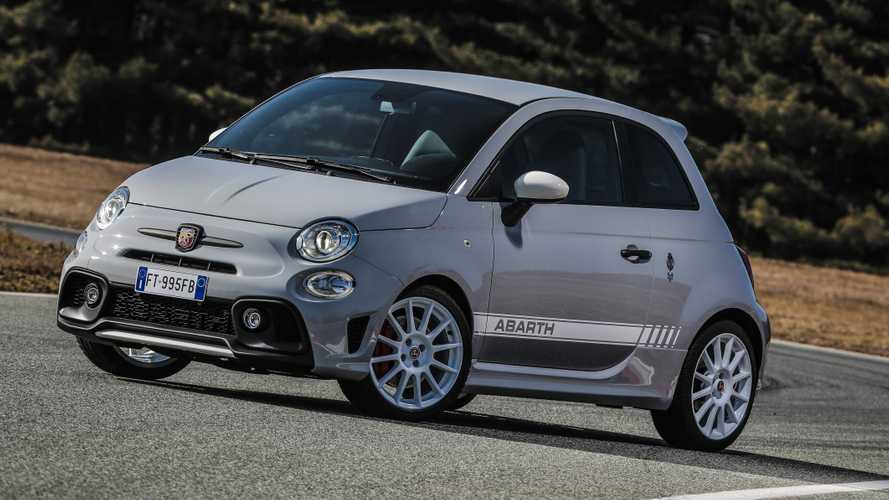 One's a pocket rocket and the other is a hardtop cabrio.

After discovering what Alfa Romeo and Fiat will be bringing to next week’s Geneva Motor Show, it’s now time for another FCA brand to introduce its latest products. Abarth will unveil the 595 Esseesse as a nod to the namesake original model from 1964 and an evolution of the 2009 Abarth 500 Esseesse. It will share the stage with the 124 Rally Tribute limited to only 124 examples and marking the race car version’s success in the FIA R-GT Cup last year.

The pocket rocket now packs a mighty 180 horsepower or 20 hp more than the aforementioned Abarth 500 Esseesse introduced a decade ago. The soundtrack is provided by an Akrapovic exhaust system specially tuned for the latest Abarth application to make the most out of the engine as you go through the revs.

To ensure optimal stopping power, Abarth once again teamed up with the Italian experts at Brembo to source a high-performance braking system featuring perforated and ventilated brake discs at the front axle. These come equipped with red calipers and ensure optimal braking power and rapid heat dispersal at all times thanks to high-tech brake pads that automatically adjust with the disc’s braking surface.

Abarth also got in touch with BMC to obtain a bespoke air cleaner granting better intake airflow, which in turn boosts performance by increasing power output and maximizing combustion quality. The 595 Esseesse takes advantage of Abarth’s partnership with Koni as it features the company’s selective damping for the rear suspension to enhance stability and handling.

As for Abarth’s other big debut in Geneva, the 124 Rally Tribute comes with Mopar’s carbon fiber hardtop and an assortment of styling tweaks over the regular 124 Spider upon which it’s based. Regardless if you go for the Costa Brava Red or the Turini White paint, the car comes with a matte black hood to create a visual link with the old-school Abarth 124 Rally.

This new limited-run flavor of the snap-on hardtop is billed as being a “collector’s item” since it comes bundled with a commemorative badge on the mudguards and with an individually numbered metal plaque inside. This one too has specially developed Brembo brakes hiding behind those Racing White 17-inch wheels, and comes generously equipped with everything you’d want. Goodies include a nine-speaker Bose sound system, seven-inch infotainment, automatic climate control, and a large strut bar to bolster torsional rigidity.

Abarth will have the 595 Esseesse and 124 Rally Tribute on display at the 2019 Geneva Motor Show beginning March 5.

Other FCA brands in Geneva: