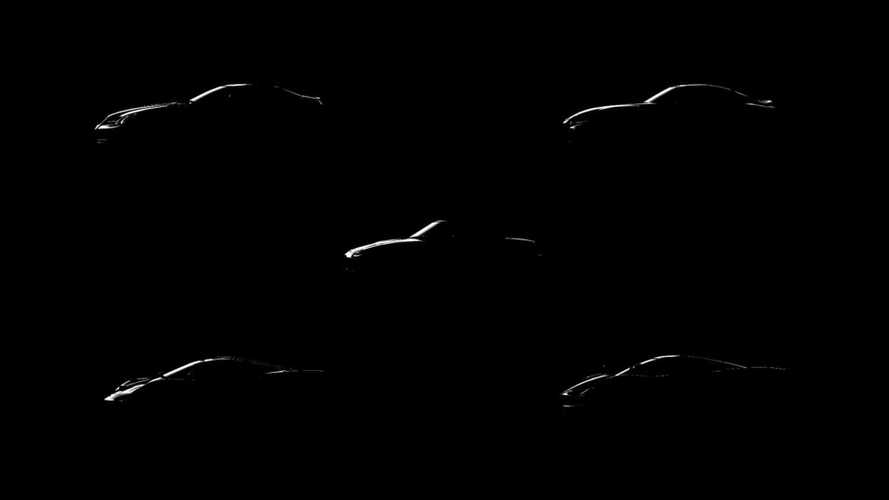 The original Mazda MX-5 Miata is in there as well.

Sim racing fans on Sony’s PlayStation 4 have another Gran Turismo update in the works. GT boss Kazunori Yamauchi recently dropped a teaser photo on Twitter showing the silhouettes of five cars, prefaced with a date of March 5 as when the next GT Sport update will occur.

Even though we’re not given specific names of the vehicles included in the update, it’s not hard to sleuth this one out. Supercars are the name of the game (literally and figuratively) this time around, with Mercedes SLR McLaren (upper left) and Pagani Huayra (lower right) easily identifiable. The car on the lower left is a bit tougher to recognize – not as a McLaren F1 but rather the specific version. In this instance, we’re hedging our bets on it being the GTR model.

Moving to the center we see a machine that doesn’t meet supercar status but is iconic none the less. Our eyes see a Mazda MX-5, and judging by the shape of the hood and the detail around the bumper we believe this is the original first-generation model with its flip-up headlights. That only leaves the car in the upper left, and the bubble-esque roof with the long bonnet and short decklid spoiler should be all you need to recognize this as the new 2020 Toyota Supra. Yes, it looks like you’ll get to drive a digital version of the car before the real one hits showrooms later this year.

Gran Turismo Sport started off with a light car count compared to previous iterations of the racing sim, not to mention competition from Xbox with its Forza series. New content has been released on a steady basis since its October 2017 launch date, however, Polyphony Digital has said on numerous occasions that GT Sport is not a replacement for its long-awaited Gran Turismo 7 title. No official word has been given on when that game could arrive, but it’s believed that won’t happen until 2020 at the earliest.