Mercedes-AMG One Could Get A Lewis Hamilton Special Edition 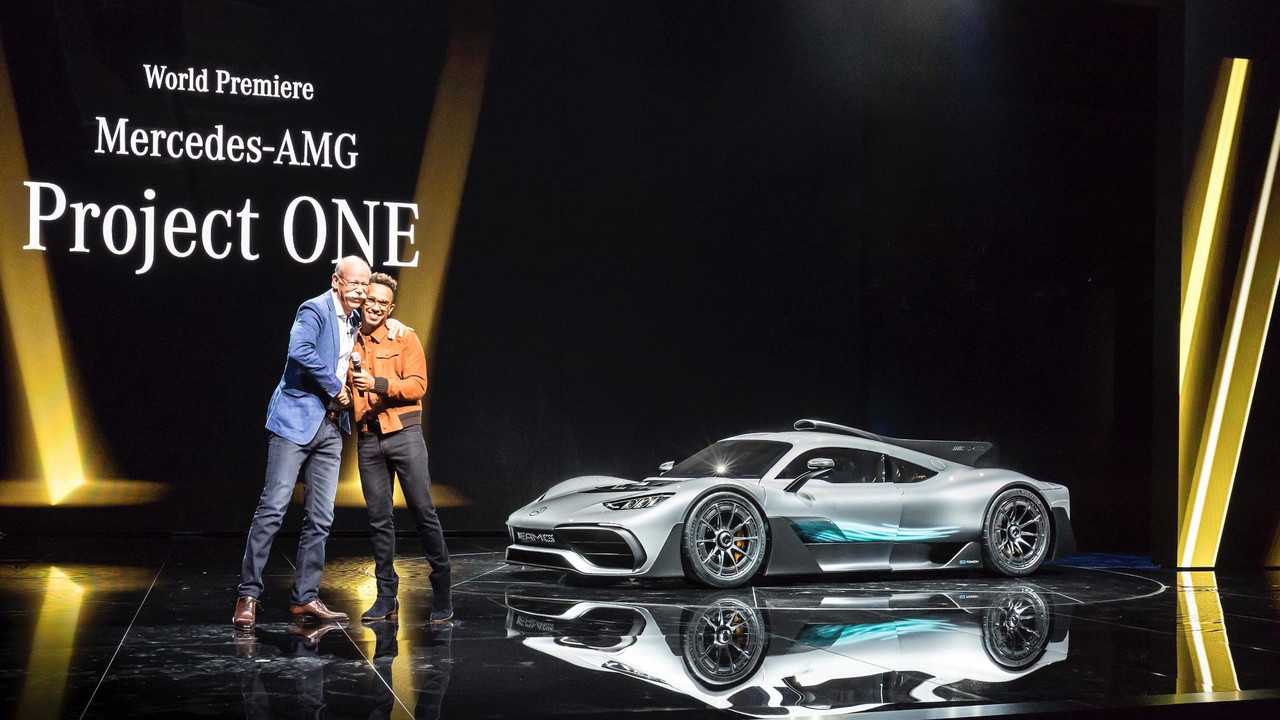 The F1 champion has already talked to AMG about it.

The bonkers Mercedes-AMG One is already a rule-breaking hypercar. With at least 1,000 horsepower available, it’s already incredibly fast. It’s 1.6-liter F1-sourced turbo V6 and electric motors are already beyond exotic. With only 275 slated for production – all of which are already sold – it’s excruciatingly exclusive. And keep in mind the One is just a prototype at this point, with production cars not expected until sometime next year. Still, F1 champ Lewis Hamilton believes AMG can do better.

A new report from Top Gear reveals Hamilton’s desire to create a special edition of this mental machine. It wouldn’t be just a car with a spiffy badge and different wheels, either. Hamilton envisions something with a bit more power and noise, complimented with some small changes to the body kit. Speaking to Top Gear, Hamilton has apparently already taken the idea to AMG, and it’s being considered.

“It doesn’t make sense to not do it, considering we’ve won the world championship,” he said, according to Top Gear. “Ferrari always have a world championship sticker on their cars, and we should be proud of our heritage and it should be a part of that car.”

Another idea Hamilton had was to create one-off custom versions of the One with each special-edition buyer. In essence, the person would plunk down a presumably exceptional sum of money, then sit down with the F1 champion to create a truly unique car.

What’s the likelihood of this happening? Ordinarily, we’d shrug our shoulders and move on to the next vaporware creation, but something tells us this one could be different. It has an F1 engine yet will be road legal, and Hamilton has already had a rather large role in bringing the car to life. Furthermore, Mercedes managed to sell every single copy even though a production version still doesn’t exist. Why not add a few more numbers to the build, tweaked with a bit more power and some personal Lewis Hamilton touches?

We have no idea if this will happen, but we won’t be surprised if it does.