Being a sedan in GM’s stable is a risky proposition these days. Cadillac’s larger CT6 sedan is being cut from the North American market before it really had a chance to fly, though reports suggest executives could be reconsidering that move. The company’s CT4 still seems to be a thing, however, as our spy photographers recently caught a fleet of the compact sedans out and about. 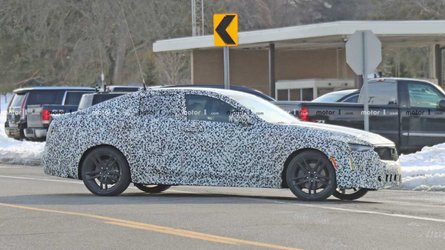 Specifically, we think there are three different CT4 trims caught in the 20-plus photo collage below. The car rolling on bright aluminum wheels is likely the Luxury model, with the black-wheeled Caddy being a Sport model. The third car has a set of split-spoke wheels with quad exhaust outlets at the rear, which is almost certainly a V-Sport model.

Camouflage is still relatively heavy on all the cars, but we can see enough to know the CT4 borrows heavily from the larger CT6 with some ATS influence at the rear. Underneath, we expect the small sedan to be rear-wheel drive with all-wheel drive optional, allowing it to do battle with small sports sedans from BMW, Audi, and Mercedes-Benz. Engines are unknown at this time, though the 2.0-liter turbocharged four-pot in GM’s parts bin is a good bet. It should be packed with technology as well, including the company’s Super Cruise autonomous driving tech. 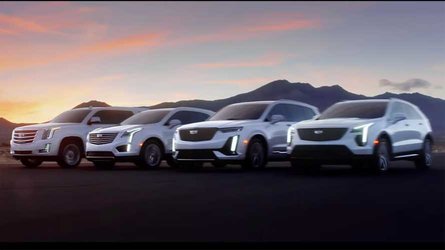 GM made a considerable investment into its manufacturing facility in Lansing, Michigan to build the CT4 and forthcoming CT5, so despite the unyielding popularity of crossovers and SUVs, it would seem Cadillac is still committed to bringing these vehicles to market. This latest sighting is only our second look at the ATS replacement, so we don’t expect to see the car revealed until late this year as a 2020 model.