Manny Khoshbin, who owns five of the Mercedes-Benz supercars, plans to buy more.

Car enthusiasts have a passion unmatched by most hobbyists. We're a special breed whose monomania knows no bounds, dedicating ourselves fully to the cars we love and the hobby we enjoy so dearly. Today, we're going to meet Manny Khoshbin, whose love more the Mercedes-Benz SLR McLaren knows no bounds.

Manny is the proud owner of no less than five SLR McLarens. His almost childlike enthusiasm for his favorite car is inspiring and wholesome. 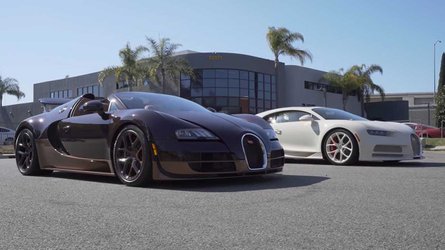 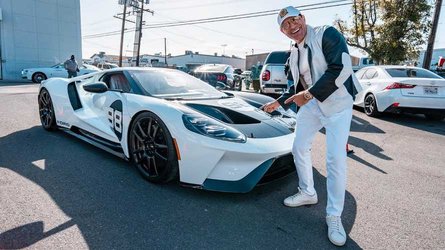 Manny's SLR collection includes three coupes and two roadsters, including a pair of silver over-red-coupes. One of his favorite characteristics of the SLR McLaren is the long hood and heavy feel of the front end, which is very different from the mid-engine supercars he's used to.

It's not every day that we get to be up close and personal with the Mercedes-Benz SLR McLaren, so we enjoy Manny eagerly showing us all of the little details. We never knew that the interior was so luxurious and plush, or that the hood opened forward before tilting, like an old BMW.  like

He's most excited to show us what he says is the SLR's coolest feature: its engine start button, located under a flap on the shifter, like some sort of secret-agent missile launcher. He also shows off the prominently-located spoiler test switch, which is located front and center on the dashboard.

Manny comes across as a regular guy, proudly showing off his cars and their attendant features the same way your buddy would when he pulls up to your house in his brand-new WRX or the minty Fox-body Mustang he just bought on Craigslist. Manny is the kind of guy you would gladly ride shotgun with as he rattles off obscure SLR facts en route to a meal of fifty-cent wings and draft beer.