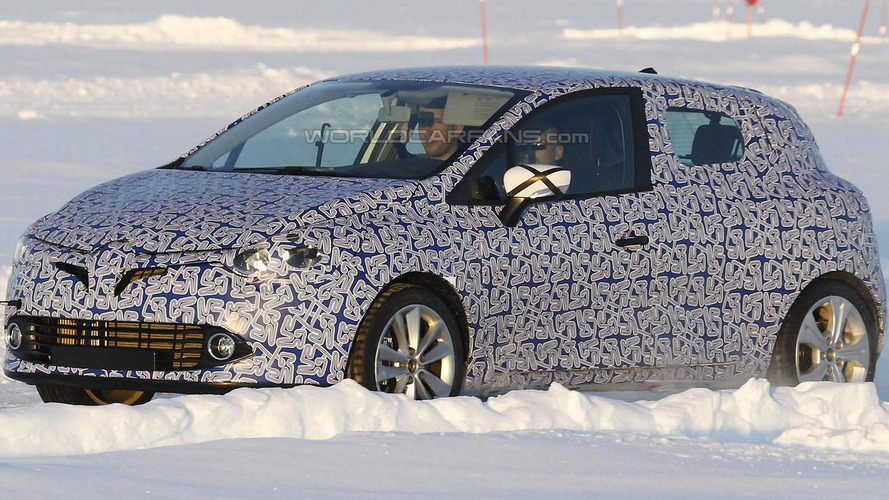 Renault marketing director Stephen Norman who recently spoke with HeadlineAuto has outlined some major updates for the Renault model range in the next three years.

Renault marketing director Stephen Norman who recently spoke with HeadlineAuto has outlined some major updates for the Renault model range over the next three years.

This corroborates recent spy photos taken of a prototype test mule which appears to be hybrid of the pre-facelift Twingo body which has been dramatically shortened onto the footprint of the Smart ForTwo. The shared vehicle platform is indicative of the Daimler-Renault alliance.

Continuing up the model range Norman cofirms previous reports that the next generation Clio IV will debut in September most likely at the Paris Motor Show with a new design and powertrains. Once again spy photographers have recently caught a prototype testing in Northern Europe.

Without providing further details Norman also confirmed Renault will receive a shared vehicle platform from the Nissan Juke in 2013. It's not clear if the inner platform structure or complete vehicle body will be shared.

The next generation Megane will arrive in 2014 while the Koleos will evolve from its current compact SUV format to an MPV as hinted by the R Space Concept which debuted in Geneva 2011. Despite its monospace dimensions the new Koleos will have off-road capability. The new Koleos will debut some time between 2014 and 2015.

Regarding Korean affiliate brand Samsung, Norman admits Renault has "lost a lot of money" and has put forth a new product plan. "Samsung will be part of the upper range models we are planning and the new large cars will influence what we do in Korea."

Norman continues, "We were caught short in the market there by Hyundai and Kia, we weren't expecting them to be as good as they are. You can no longer make a car for one region and what we do in Europe will influenced by what is happening elsewhere."

Lastly, the new Laguna and Espace will be launched in 2015 around the same time.