How does a Miata with six times more power sound?

Two cars couldn’t be more different than the Mazda MX-5 and the Dodge Challenger Hellcat. One’s a nimble little roadster ideal for twisty roads while the other is a heavy muscle car built to dominate the drag strip. Despite the two being worlds apart in terms of philosophies, these crazy-in-a-good-way enthusiasts have decided to merge the tiny Japanese sports car with the American brute.

With Hellcat swaps becoming more and more popular, a 707-horsepower Miata was bound to happen sooner or later. After all, a Hellcat-swapped Toyota Prius is already out there. Ditching the original 1.8-liter Mazda engine with its puny 116 horsepower for a Hellcat heart originating from a totaled 2017 Challenger Hellcat means this 1998 MX-5 will have a little over six times more power than the original car. Six times!

As great as it sounds, this won’t be an easy task to accomplish given the tiny engine compartment of the Miata and the sheer size of the V8 6.2-liter. If they’ll be able to cram the HEMI inside, we’ll be living in a world with a Miata packing a whopping 656 pound-feet (890 Newton-meters) of torque.

They’ve already identified what needs to be cut in order to make room for the much larger engine and the six-speed transmission that will replace the Miata’s five-speed. It goes without saying the original gearbox wouldn’t be able to cope with six times more power, so the custom build definitely needs the Tremec transmission that came with the Hellcat.

The huge HEMI engine will most definitely stick out since it is way taller than the four-cylinder the Miata used to have, so it’s safe to say this won’t be a sleeper. Driving a Hellcat-engined MX-5 sounds equally exciting and frightening, and we’re hoping to see the little beast in motion in the not too distant future. It’s a work-in-progress car at the moment, but the folks involved in the project have made the promise to have it ready sooner rather than later. Hopefully, the finished car will feature some serious reinforcements as one would expect from such a gigantic jump in power.

We’ll be keeping an eye on the build and will update the story with additional videos once these become available.

Hellcat all the things! 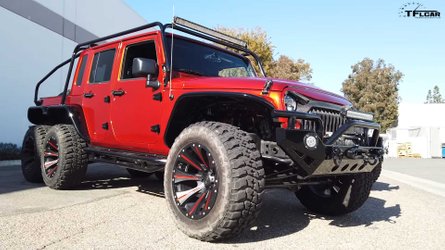 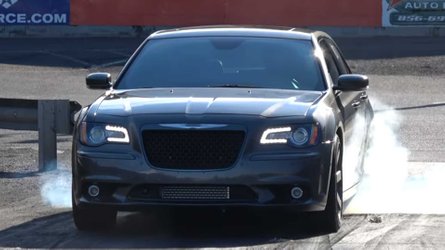 Someone Built A 300 Hellcat, But It Wasn’t Chrysler
'
By: Adrian Padeanu
++
Got a tip for us? Email: tips@motor1.com