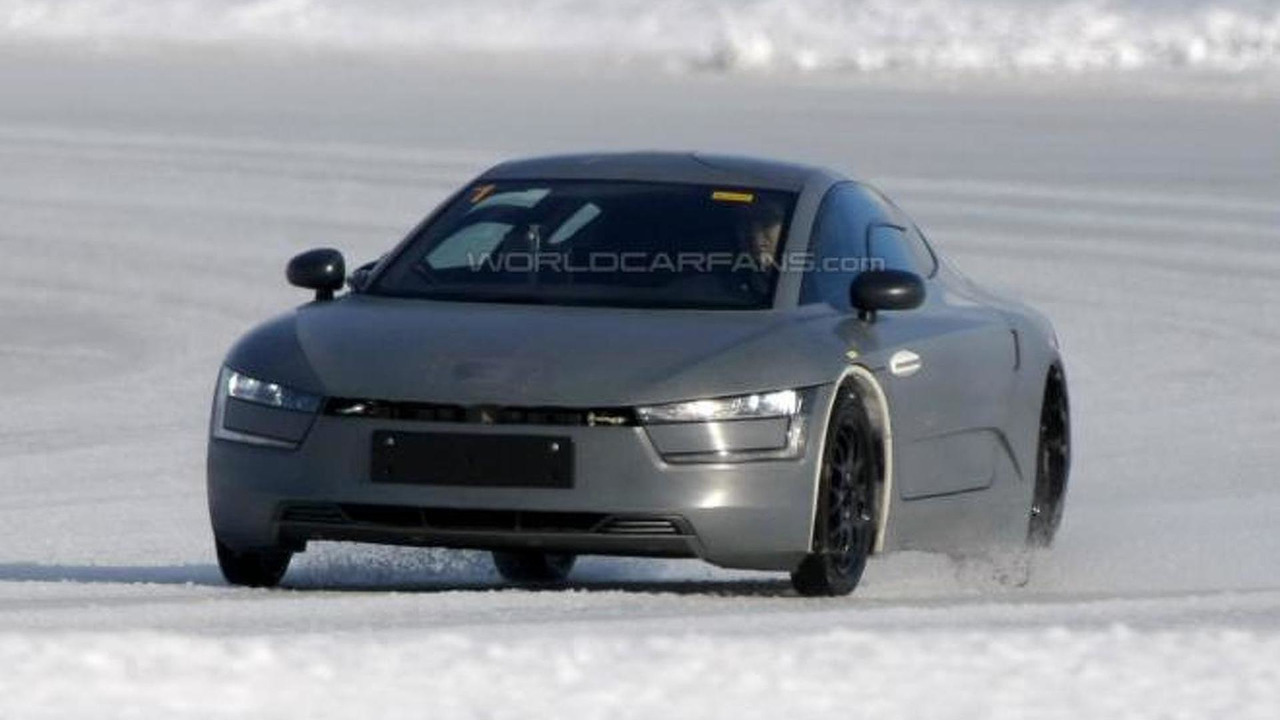 The long-awaited 1-liter car has finally been confirmed for production and here are the first shots of a prototype testing to prove it.

The long-awaited 1-liter car has finally been confirmed for production and here are the first shots of a prototype testing to prove it. Surprisingly it is not wearing any camouflage to hide any of its styling elements, so immediately we get to see the production model in its full glory.

Development of the model started out in concept form when it was unveiled as the L1 back in 2009, then last year the Formula XL1 concept was unveiled. It is believed the latter concept will provide the name for the production model as sources say it will become the Volkswagen XL1.

The small engine within the XL1 is expected to produce some quite astonishing fuel economy and emissions figures. The concept was reported to emit just 24g/km of CO2 gases and can go 100 km on just 0.9-liters of fuel.

The VW XL1 is expected to hit the market in 2013 for a limited production run.