It's all show without the extra go.

We know with a great dose of certainty that Hyundai is working on a hot version of its Tucson SUV. The so-called Tucson N is expected to have 340 horsepower (254 kilowatts) on tap and to be able to accelerate from a standstill to 62 miles per hour (0-100 kilometers per hour) in less than six seconds. The image above may look like the first glimpse of this vehicle, but it’s, in fact, a debut teaser image of the Tucson N Line. 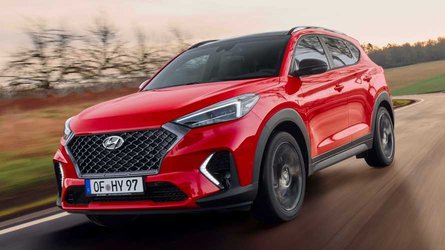 What’s the difference, you might ask? Well… it’s huge. While the full-blown N model should have a performance engine, many suspension and brakes tweaks, and drastically more aggressive design, the N Line is a far cry from being a performance vehicle. Hyundai says it’s a “dynamic new specification” with “motorsport-influenced details inside and out.” Basically, it’s a Tucson with a sportier appearance and a few interior modifications.

While that’s not hugely impressive, the South Korean manufacturer promises the SUV is “just the start of much more to come from the brand,” which likely hints at the Tucson N once more. The first two teaser images reveal a new shape for the front bumper with new LED elements, N Line badges on the front fenders, and leather sports seats with contrasting red stitching. 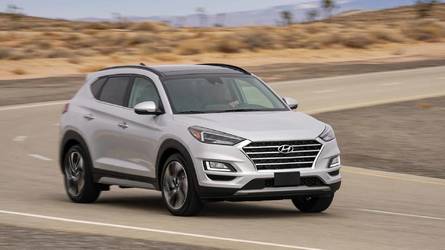 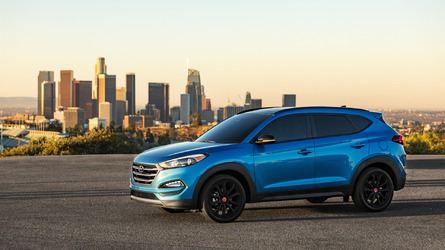 Hyundai Tucson N And Kona N Planned, But Are Not A Priority

All will be revealed during the upcoming 2019 Geneva Motor Show in the first days of March. Most likely, the N Line treatment will be available for most of the engines that are offered for the model in Europe. These include the segment’s first mild-hybrid diesel powertrain with a 2.0-liter diesel unit and a 0.44-kWh, 48-volt lithium-ion battery. It is rumored to be joined by a smaller mild-hybrid diesel engine using a 1.6-liter unit.

Hyundai says that “more details will be released in the near future,” so stay tuned. It will be interesting to see whether the company has plans to bring the N Line to the U.S. market or it will remain strictly limited to customers on the Old Continent.

21 February 2019 - Hyundai Motor will expand the range of choices to customers for its popular SUVs in Europe.

Besides adding a new 48-volt hybrid powertrain, European customers will also soon be able to choose a dynamic new specification with motorsport-influenced details inside and out. The new offering – the first Hyundai SUV with this performance treatment – is just the start of much more to come from the brand.

More details will be released in the near future.