2020 Audi A5 Sportback Caught For The First Time 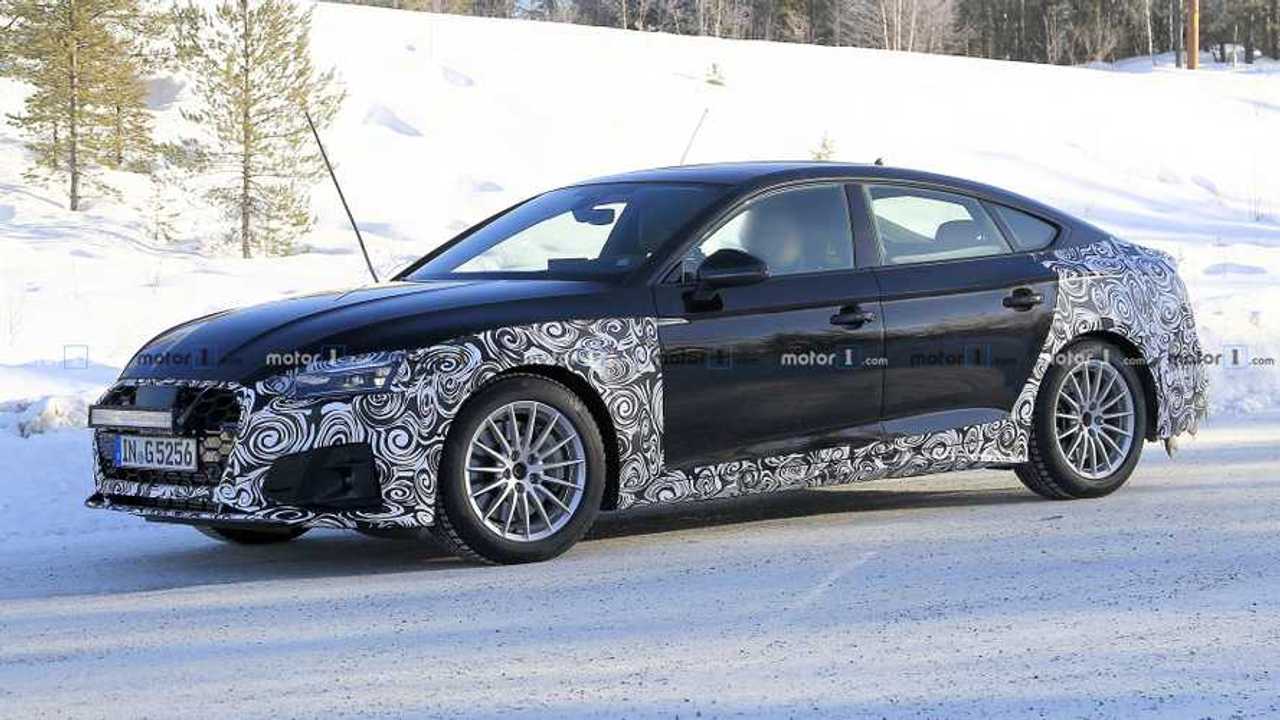 There are quite a few changes hiding underneath the camo.

Having caught the A4 facelift multiple times already, it doesn’t come as a big surprise Audi has now been spotted taking prototypes of the updated A5 out for a spin. For only a mid-cycle refresh, the Sportback boasts quite a few changes already visible despite the camouflaged slapped onto the body. Take for example the headlights, which are clearly different than the ones installed in the current A4. The same thing can be said about the taillights, already showing their fresh graphics bringing them more in line with those of larger Audi models.

The changes go beyond a new look for the lights as it’s pretty obvious the corporate grille has a new honeycomb pattern lending the A5 a sportier look reminding us of the mighty RS5. The swirly camouflage does a good job at hiding the design of the front and rear bumpers, but the rear one can’t hide the new dual angular exhaust finishers. The actual exhausts are housed on the driver’s side and appear to be more angular as well than the round tips of the current A5.

Although we don’t have any images of the interior in the adjacent batch of spy shots, from some angles we can see the infotainment system sticks out from the dashboard. That means people looking for a cleaner look without the tablet-styled MMI are in for a disappointment as the touchscreen won’t be integrated into the center console like it is on the larger new-gen Audi models.

It will be a while before Audi will introduce the A5 Sportback facelift since logic tells us the A4 Sedan and Avant will be out first, possibly later this year. If that’s correct, the more stylish derivative is going to be introduced at some point in 2020.