Mercedes-AMG A45 Output Confirmed: 383 And 416 Horsepower 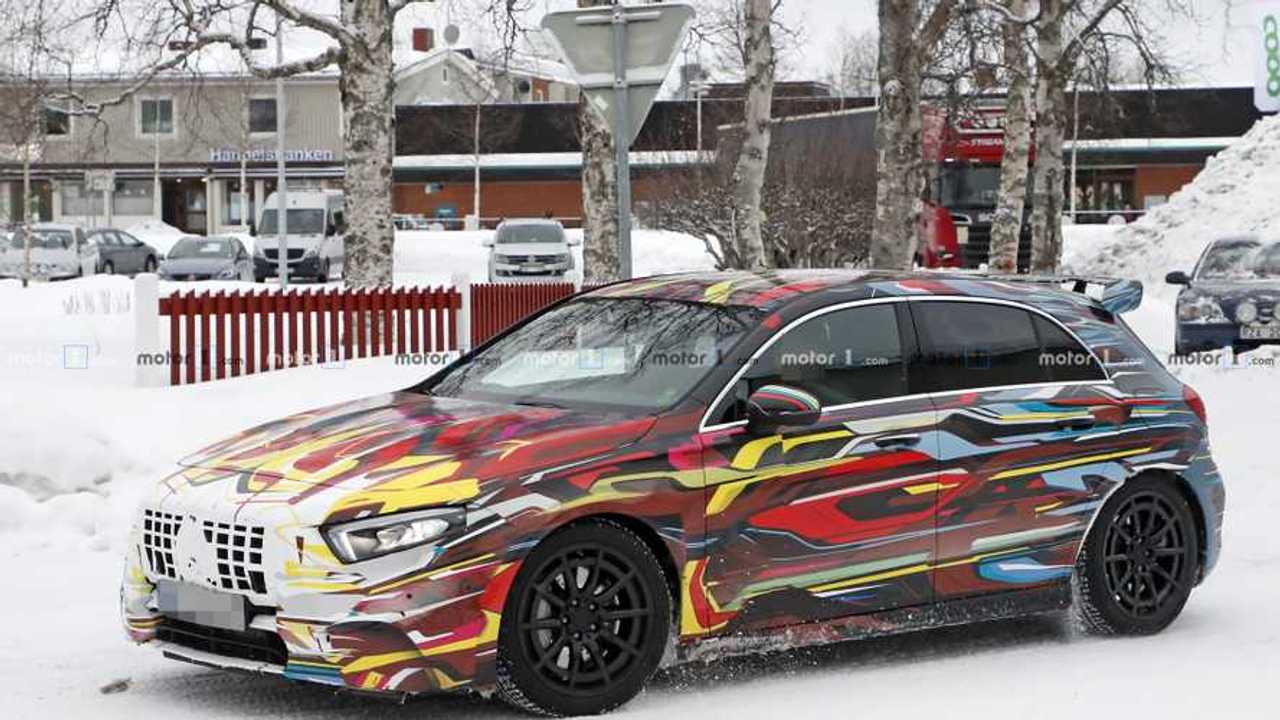 It has a drift mode, too.

The bevy of rumors about the Mercedes-AMG A45's bountiful output are true because the hot hatch is coming in 383- and 416-horsepower (285- and 310-kilowatt) tunes. Despite riding on a front-wheel-drive-focused platform, the sophisticated all-wheel-drive system allows for a drift mode, according to Autocar after taking a ride in a prototype.

The A45's 2.0-liter turbocharged four-cylinder uses the engine from the 302-hp (225-kW) A35 as a starting point, but the engineers make such significant changes that Mercedes classifies it as a completely different powerplant. The developers aren't yet willing to divulge the black magic necessary to increase the output from the 383-hp version to the 416-hp tune, according to Autocar.

The A45 has a very high-tech all-wheel-drive system. Rather than a single differential routing power to the rear, there is a separate clutch for each wheel back there. This layout allows for quick reacting torque vectoring that can send up to 100 percent of the power to a single corner. Sensors monitor traction, throttle position, yaw angle, and steering angle to determine how to proportion the torque.

While drift mode exists, it requires a secret code to activate, at least on this prototype. Put the drive setting in Race, turn off the ESP, pull both steering wheel paddles, and then pull just the right paddle. The tech then makes the A45 slide with the slightest provocation.

Expect the A45 to debut soon, possibly even at the Geneva Motor Show on March 5. Sales in Europe should begin until the end of the year. Americans need to wait to experience this powerplant until Mercedes introduces the inevitable CLA45.