It's our first glimpse of the actual car, and it's sinfully sleek.

We first learned about Aston Martin’s new Project 003 hypercar last September. Details on the car have been very slim since then, and aside from a sketch showing something reminiscent of Star Trek shuttlecraft, we have no idea what it looks like. For that matter, we still don’t know what it looks like, but today Aston Martin dropped the teaser photo (above) showing what appears to be an actual car. From the backside, anyway. 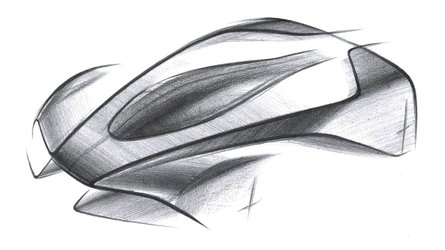 Aston Announces Project 003 Hypercar, All We Get Is This Sketch

Admittedly it’s not much. The rear perspective doesn’t offer much detail, though it appears to be a mid-engined machine with exhaust exiting up high. It’s not as curvaceous or dramatic as the Valkyrie, but it certainly appears to be low and sleek. Frankly, we struggle to see any resemblance to the sketch we saw previously, but this teaser does bring us one step closer to what should be a pretty amazing machine.

Unfortunately, the photo doesn’t come with any new tidbits of information. We know the hypercar is slated to be a more mainstream offering than the insane Valkyrie, though in this instance, the definition of “mainstream” is certainly stretched. Instead of being a barely-street-legal race car like the Valkyrie, Project 003 is said to offer such features as room for some luggage, suggesting it might be something worthy of a road trip. It will also be a hybrid, utilizing a turbo V6 engine with an as-yet-unidentified electric powertrain. 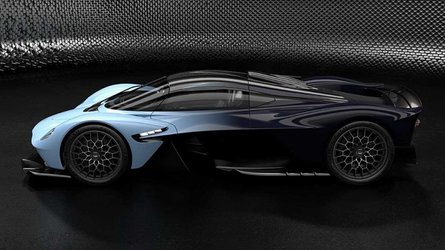 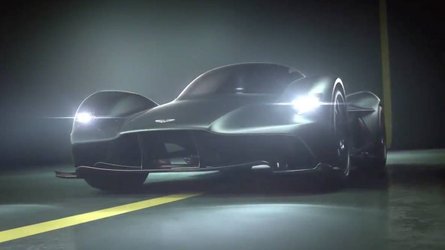 Furthermore, we learned back in September that Project 003 will not be a Valkyrie successor, but an expansion of the company’s hypercar series. As such, it will slot below the Valkyrie but still reside above Aston Martin’s forthcoming competitor to the Ferrari 488. In fact, it’s expected to exist in the same realm as vehicles like the LaFerrari and Porsche 918.

Neither of those vehicles are mainstream by any stretch of the imagination, but in the ultra-exclusive context of hypercars, the word takes on a new meaning. After all, 500 LaFerraris were built compared to just 150 planned Valkyries. We don’t know how many Project 003 examples will be built, but if it's similar to the Ferrari and Porsche, 500 would seem almost commonplace compared to the Valkyrie.