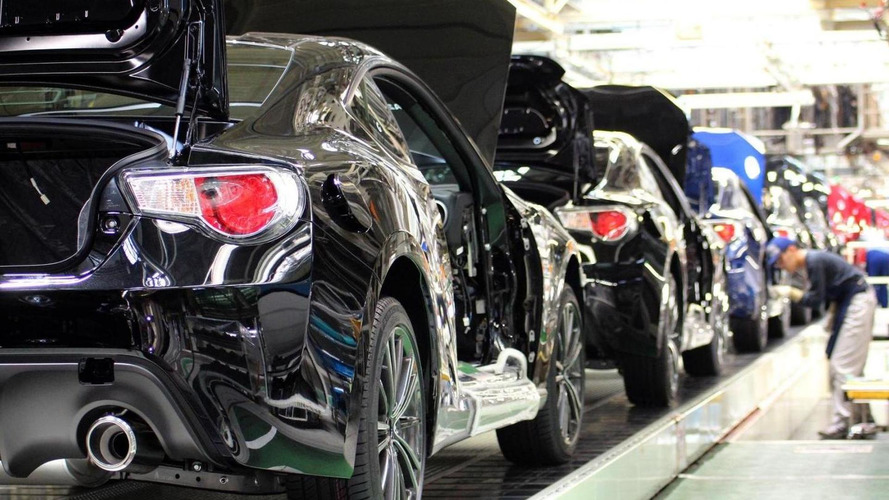 Commemorating the event at a special ceremony held at Subaru's Gunma factory in Ota-city, Japan, FHI President Yasuyuki Yoshinaga commented, "The start of production today made a huge step for us, but it is not our end goal. By constantly refining both models, FHI and Toyota Motor Company (TMC) hope to nourish each model to be loved by customers all over the world for a long time to come."

Subaru's Gunma Main Plant, which will produce both the Subaru and Toyota versions, was significantly upgraded and expanded to accomodate the extra capacity. Subaru plans to also produce the Impreza at the same plant by March 2013.

Also present at the ceremony was TMC President Akio Toyoda who said, "The Subaru BRZ and Toyota 86 could not have been successfully developed without collaboration between FHI and TMC. We started the alliance for mutual growth in 2005. Now I'm delighted to see that our alliance bore fruit."

The collaboration between FHI and TMC first began in October 2005 but not until the companies expanded their agreements in regard to development and production in April 2008, development then began for the next four years.