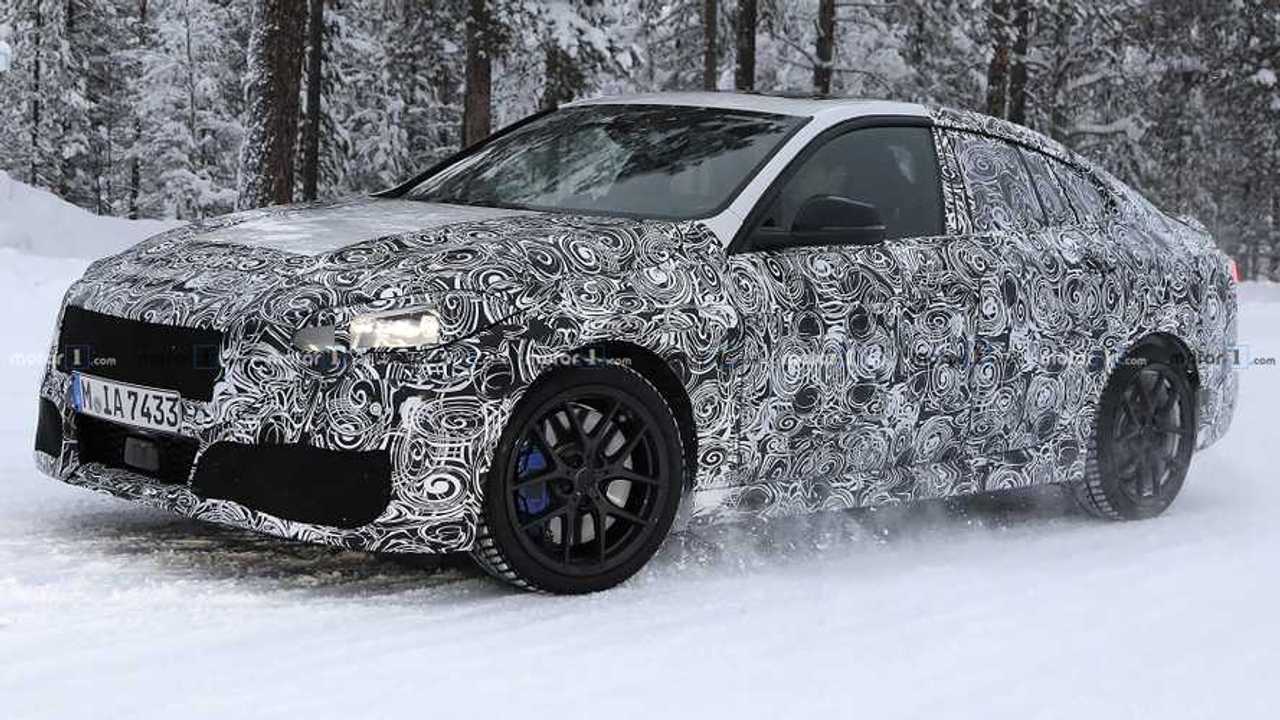 This one has sporty parts like black, Y-spoke wheels and blue brake calipers.

Development of the BMW 2 Series Gran Coupe continues in Scandinavia, and this fresh batch of spy shots provides a fresh look at how the engineering is progressing. This one still wears quite a bit of camouflage, though.

This test mule wears a set of black wheels with Y-shaped spokes, blue brake calipers, and dual exhausts that integrate into hexagonal outlets. Our spies believe these parts are evidence this example might be the range-topping M235i model. It would share the turbocharged 2.0-liter engine with the X2 M35i that produces 302 horsepower (225 kilowatts) and a peak torque of 450 Newton-meters (332 pound-feet). The powerplant hooks up to an eight-speed automatic gearbox and runs through an all-wheel-drive system with a torque-vectoring front axle. In the crossover, this setup provides enough muscle to reach 62 miles per hour (100 kilometers per hour) in 4.9 seconds.

The 2 Series Gran Coupe will be BMW's competitor against the Mercedes-Benz CLA-Class as a compact sedan with a with a sleek roof to mix the utility of a sedan with the style of a two-door. Both ride on front-wheel-drive platforms but offer all-wheel drive for buyers looking for extra traction.

The M235i Gran Coupe might not sit at the top of the sedan's range for long. Rumors indicate that BMW is considering an M Performance version that would combine a 252-hp (188-kW) turbocharged engine and an 87-hp (65 kW) electric motor.

Look for the 2 Series Gran Coupe to debut later in 2019. Since they share the same platform, the new 1 Series hatchback would likely arrive first. Sales of both models should begin in Europe before the end of the year. The 2 Series Gran Coupe will eventually arrive in the United States, but the five-door 1 Series won't come to America.